Statement of the Peace Alliance Winnipeg on the escalating danger of war in the Middle East and armed confrontation between the U.S. and Russia 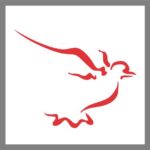 It is U.S. aggression in the Middle East which is at the root of the present war in Syria resulting in the death of thousands of Syrians and the displacement of tens of thousands into refugee camps or migration abroad to escape the humanitarian crisis in its war torn cities.

U.S. aggression and support for anti-people regimes is part of the modern history of the Middle East. In 1953 the CIA, working with the British secret service, overthrew the democratically elected Mossadegh government in Iran and installed the dictatorship of the Shah of Iran. In 1980 the U.S. allied with Iraq and the government of Saddam Hussein launched a brutal 8 year war against Iran in which it allowed the use of chemical weapons. In 1990 it launched the First Iraq war and in 2003 the Second Iraq war. The death toll of civilians in both wars is placed at several hundred thousand. In 1979 it organized a war in Afghanistan not unlike what it has done in Syria. In 2001 it invaded Afghanistan, beginning a war that continues to this day and routinely sees scores of Afghan civilians killed in bombings and other violence. In 2011 it tore apart Libya with a war targeting regime change and ending in the present violence and instability. It is currently backing the Saudi government with billions of dollars in weapons for war in Yemen that has caused enormous loss of life and humanitarian crisis. In Egypt it supports a virtual military dictatorship.

Why should we believe Trump, May and Macron when they say they know where the responsibility lies for the recent chemical attacks in Syria? The history of recent events shows that the promulgation of violence has come from the U.S. and its allies. It was Nicolas Sarkozy, then President of France, who initiated the western coalition known as Friends of Syria at the start of the Syrian war. The coalition was used for regime change propaganda and to funnel money, arms and fighters (most linked with extremist organizations like Islamic State) into Syria. This is the second time a release of chemical weapons against civilians has stirred calls for intervention by the west. The timing of the attacks and the immediate conclusions reached suggests that it may well be the forces fighting against the Syrian government deploying the nerve gas.

In 2013, a similar gas attack failed as the pretext for intervention. Going off script the British Parliament refused to endorse Prime Minister David Cameron’s call for war, leaving Obama in the precarious position of having to go it alone and ultimately forcing the U.S. to pull back. What will this time bring? Trump is now advised by the most hawkish sections of the U.S. deep state. Theresa May in Britain is pursuing a policy of confrontation with Russia, as are many western countries, Canada included. Clearly the situation poses grave threats to international peace and security. Canadians must ensure Canada does not become a party to these plans for war.

← Six Miles Out: a day in the life of Gaza fishers
Hands Off Syria! →

1 comment for “Oppose U.S. Aggression in Syria and the Middle East”