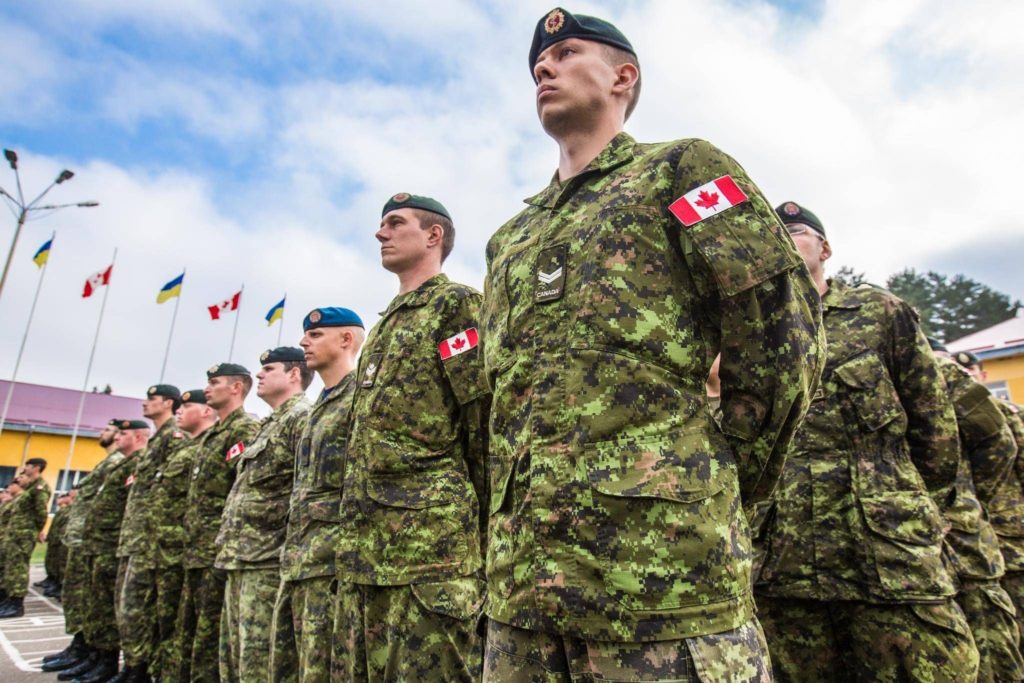 While Canada and other western/ NATO countries blame Russia for the war in Ukraine and the present escalation of tensions, the salient fact is that Canada and NATO have pursued a vigorous policy to use Ukraine as the front line in the West’s policy to confront Russia. Canada’s actions contribute significantly to the danger that escalating tensions may erupt into war: these include the selling of weapons and support for NATO’s strategy in Ukraine as documented in this CBC report.

UNAC Statement on Ukraine and Russia

April 21, 2021 — The United States, NATO and the Ukrainian government are escalating their provocation of Russia, risking war with a nuclear power. It is urgent that the anti-war movement oppose this.

In recent days, Russia has recalled its ambassador to the US after Biden broke with diplomatic protocol and called Putin a “killer.” This from the leader of the US that has forces in 172 countries around the world and has killed millions in recent years through its military adventures.

The US has pulled out of the Intermediate-Range Nuclear Forces Treaty with Russia (which required parties to eliminate nuclear and conventional ground-launched ballistic and cruise missiles) and is using this dangerous situation to further its anti-Russian campaign. It has been sending weapons to Ukraine, and hundreds of millions of dollars to fund the Ukrainian military. In March, a group of senators from both parties called for an increase of $300 million to the Ukrainian military and other top military officials have called for providing Ukraine with jet fighters, smart munitions, and cruise missiles.

Fighting has been escalating in the Donbass region of Ukraine as the Kiev government has moved forces into the area and started shelling. Donbass is an area the includes the Donetsk and Luhansk People’s Republics, which are autonomous governments that rejected the 2014 US engineered coup that overthrew the elected government of Ukraine and installed a pro-western government that includes extreme right-wing, neo-Nazi parties and organizations.

Recently, Ukraine and NATO announced joint military exercises and the Ukrainian president Zelensky has called upon NATO to admit Ukraine into the alliance. NATO forces and bases have been surrounding Russia in past years and NATO has conducted military exercises on Russian borders.

Ukraine has a longer border with Russia than any other European country and is seen by the US and NATO as an import factor in their military encirclement of the country. Last month the Ukrainian government proclaimed a military strategy aimed at Russia and to reclaim the autonomous regions in Donbass and to “recover Crimea.” Crimea has historically been part of Russia. It became part of Ukraine in 1954 when both Russia and Ukraine were part of the Soviet Union. The people of Crimea also rejected the US supported right-wing coup in 2014 and voted overwhelmingly to return to Russia.

In response to the aggressive moves on the part of the Ukrainian government along with the US and NATO, Russia has been amassing forces along its border with Ukraine. Russian troops are on Russian soil, yet US and NATO claim this is Russian “aggression”.

These dangerous provocations must be opposed by the antiwar movement.

Hands off Donbass!
Hands off Crimea!
Hands off Russia!
No military aid to Ukraine!
Keep Ukraine out of NATO!

Below are 2 reports from UNAC members who went to Ukraine in 2019 to express solidarity with a memorial of people killed by right-wing forces in Odessa for opposing the coup.