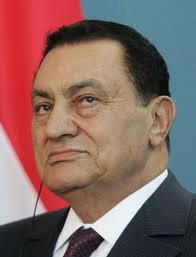 The Mubarak regime could collapse in the a face of a nationwide protest movement… What prospects for Egypt and the Arab World?

“Dictators” do not dictate, they obey orders. This is true in Egypt, Tunisia and Algeria.

Dictators are invariably political puppets. Dictators do not decide.

President Hosni Mubarak was a faithful servant of Western economic interests and so was Ben Ali.

The national government is the object of the protest movement.

The objective is to unseat the puppet rather than the puppet-master.

The slogans in Egypt are “Down with Mubarak, Down with the Regime”. No anti-American posters have been reported… The overriding and destructive influence of the USA in Egypt and throughout the Middle East remains unheralded.

The foreign powers which operate behind the scenes are shielded from the protest movement.

No significant political change will occur unless the issue of foreign interference is meaningfully addressed by the protest movement.

The US embassy in Cairo is an important political entity, invariably overshadowing the national government. The Embassy is not a target of the protest movement.

In Egypt, a devastating IMF program was imposed in 1991 at the height of the Gulf War. It was negotiated in exchange for the annulment of Egypt’s multibillion dollar military debt to the US as well as its participation in the war. The resulting deregulation of food prices, sweeping privatisation and massive austerity measures led to the impoverishment of the Egyptian population and the destabilization of its economy. The Mubarak government was praised as a model “IMF pupil”.

The role of Ben Ali’s government in Tunisia was to enforce the IMF’s deadly economic medicine, which over a period of more than twenty years served to destabilize the national economy and impoverish the Tunisian population. Over the last 23 years, economic and social policy in Tunisia has been dictated by the Washington Consensus.

Both Hosni Mubarak and Ben Ali stayed in power because their governments obeyed and effectively enforced the diktats of the IMF.

From Pinochet and Videla to Baby Doc, Ben Ali and Mubarak, dictators have been installed by Washington. Historically in Latin America, dictators were instated through a series of US sponsored military coups. In todays World, they are installed through “free and fair elections” under the surveillance of the “international community”.

Our message to the protest movement:

The relationship of “the dictator” to foreign interests must be addressed. Unseat the political puppets but do not forget to target the “real dictators”.

The protest movement should focus on the real seat of political authority; it should target (in a peaceful, orderly and nonviolent fashion) the US embassy, the delegation of the European Union, the national missions of the IMF and the World Bank.

Meaningful political change can only be ensured if the neoliberal economic policy agenda is thrown out.

← Winnipeg Protest for Egypt
WikiLeaks: US and China in military standoff over space missiles →