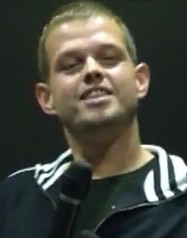 War resister and author Joshua Key will speak at McNally Robinson Bookstore in Grant Park to discuss his experiences and his memoir, The Deserter’s Tale.

When Private First Class Joshua Key was shipped to Iraq, the US army combat engineer believed he was doing the right thing.

“I left for Iraq with a purpose, thinking this was another Hitler deal,” he said. “But there were no weapons of mass destruction. They had no military whatsoever. And I started to wonder.”

He served eight months in Iraq before going AWOL. Key arrived in Toronto in March of 2005, with his wife Brandi and their four young children. Asked what led him to desert, he says: “The atrocities that were happening to the innocent people of Iraq. I didn’t want to be part of it no more. I came home and I deserted.”

On July 4 2008, the Federal Court ordered that the Immigration & Refugee Board hold a new hearing for Joshua’s refugee claim. In November, 2010, the Immigration and Refugee Board rejected granting him refugee status. The negative ruling means the Canada Border Services Agency could deport him. He plans to appeal the decision.