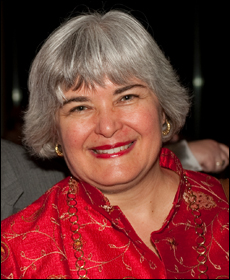 Today Peace Alliance Winnipeg sent a letter to Christine Melnick, Manitoba’s Minister of Water Stewardship, expressing concern over remarks attributed to her in the Winnipeg Jewish Review that indicated it was unacceptable for the Brandon NDP Women’s Association to endorse the Winnipeg speaking engagement of George Galloway. If you wish to express your opinion to Minister Melnick, her email address is minwsd@leg.gov.mb.ca. We would appreciate it if you would send a copy to Peace Alliance Winnipeg as well.

I am writing to express the concerns of Peace Alliance Winnipeg with regard to a statement attributed to you by Ms. Rhonda Spivak in her recent Winnipeg Jewish Review article entitled “Brandon NDP Women’s Association Endorses Galloways Speech in Winnipeg Nov 26.” The article can be found at [link to article].

In that article, you appear to disapprove of the decision of the Brandon NDP Women’s Association to endorse the George Galloway meeting and your statement: “I want to ensure people that the Manitoba NDP is taking this incident very seriously and are already looking into the matter” seems to imply some action may be taken against the Association for its decision.

I am writing to you out of concern for two very basic concepts – freedom of conscience and freedom of speech.

I am not aware of any policy of the provincial NDP prohibiting its members or organizations from engaging in or otherwise supporting events such as the one the Peace Alliance Winnipeg hosted on November 26. That event, as you know, featured Mr. George Galloway and we extended an invitation to all MLA’s, the Premier, the Leader of the Opposition and the Leader of the Liberal Party to attend and hear his views.

You did not avail yourself of the opportunity and yet, in Rhonda Spivak’s article, the clear and unmistakable impression is that you found the meeting inappropriate for support by members of the NDP. Without knowing the content of Mr. Galloway’s remarks, you were quick to issue statements against the Brandon NDP Women’s Association.

Over 400 people attended the meeting. The audience was comprised of people from every background including Jews, Arabs, Muslims and First Nations. They heard, as you could have, George Galloway’s impassioned denouncement of racism, his support for justice for the Palestinian people and his refutation of the slanders of his support for terrorism. They were able to draw their own conclusions – as you could have.

Considering that you and several of your colleagues attended a rally held on Jan. 8, 2009 at the Asper Centre in support of “Operation Cast Lead” your quick condemnation of George Galloway without hearing him is indeed a double standard.  “Operation Cast Lead” resulted in international condemnation of that action by none less than the United Nations and its Fact Finding Mission on the Gaza Conflict headed Justice Richard Goldstone.

The Goldstone Report can be found at [link to report].

Mr Galloway was right when he said in his speech that the struggle of the Palestinians has faced enormous distortions in the media and through official policy. Your actions are another example of this, as were those of Nancy Allen this past summer when she reacted to a complaint by B’nai Brith to a question on a provincial examination.

Mr. Galloway’s international stature and knowledge of the issue is such that his tour of Canadian cities was bound to break through the campaign of disinformation. No doubt some found this threatening to official policy of support for a system of apartheid. What is disturbing is that NDP policy now seems to embrace unquestioned support for every action by Israel and condemnation of any action that is critical of Israeli policy.

Notwithstanding whatever you perceive to be the interests of the NDP and, it follows, the Provincial Government on this matter, your position is indefensible as a matter of freedom of conscience and free speech. Closed minds, hyperbole and jingoism are the greatest barriers to peace. This is exactly how Canadians have become mired in a war in Afghanistan that they do not want and have ensured that the people of Afghanistan will not be better off. We should all learn from that tragic mistake before we become mired in a conflict in the Middle East. Mr. Galloway warned of that as well.

We would appreciate hearing your views on this matter.