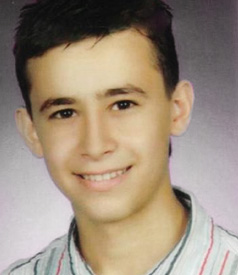 The report of the fact-finding mission of the Office of the United Nations High Commissioner for Human Rights (OHCHR) on the Israeli attack on the Gaza flotilla released last week shows conclusively, for the first time, that US citizen Furkan Dogan and five Turkish citizens were murdered execution-style by Israeli commandos.

The report reveals that Dogan, the 19-year-old US citizen of Turkish descent, was filming with a small video camera on the top deck of the Mavi Marmara when he was shot twice in the head, once in the back and in the left leg and foot and that he was shot in the face at point blank range while lying on the ground.

The report says Dogan had apparently been “lying on the deck in a conscious or semi-conscious, state for some time” before being shot in his face.