The revelation by the New York Times Wednesday that Ahmed Wali Karzai, the brother of Afghan President Hamid Karzai, has long been on the payroll of the U.S. Central Intelligence Agency is only the tip of a much bigger iceberg of heavy dependence by U.S. and NATO counterinsurgency forces on Afghan warlords for security, according to a recently published report and investigations by Australian and Canadian journalists.

U.S. and other NATO military contingents operating in the provinces of Afghanistan’s predominantly Pashtun south and east have been hiring private militias controlled by Afghan warlords, according to these sources, to provide security for their forward operating bases and other bases and to guard convoys.

Gen. Stanley A. McChrystal has acknowledged that U.S. and NATO ties with warlords have been a cause of popular Afghan alienation from foreign military forces. But the policy is not likely to be reversed anytime soon, because U.S. and NATO officials still have no alternative to the security services the warlords provide.

A report published by the Center on International Cooperation at New York University in September notes that U.S. and NATO contingents have frequently hired security providers that are covertly owned by warlords who have “ready-made” private militias which compete with state institutions for power.

Brother of Afghan Leader Said to Be Paid by C.I.A. 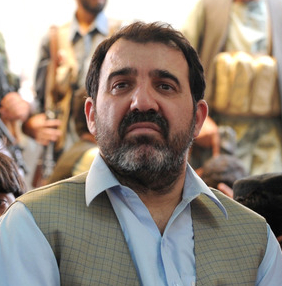 KABUL, Afghanistan — Ahmed Wali Karzai, the brother of the Afghan president and a suspected player in the country’s booming illegal opium trade, gets regular payments from the Central Intelligence Agency, and has for much of the past eight years, according to current and former American officials.

The agency pays Mr. Karzai for a variety of services, including helping to recruit an Afghan paramilitary force that operates at the C.I.A.’s direction in and around the southern city of Kandahar, Mr. Karzai’s home.

The financial ties and close working relationship between the intelligence agency and Mr. Karzai raise significant questions about America’s war strategy, which is currently under review at the White House.