There are many ways to look at the significance of November 11th.

One is to use the occasion simply to remember and honour the sacrifice of those who died in the wars Canada has fought without any reflection as to why these men and women died. If any reference is made it is often to invoke such high ideals as “freedom” and the “defence of Canada.”

Another way to look at November 11th is to attribute greatness to these bloody events. This year marks the 90th Anniversary of the end of the First World War. The First World War is often described as “Canada’s coming of age” as a country in the 20th Century.

Still another way to look at November 11th is to use it to “honour” and “support” Canada’s current war in Afghanistan and much is being done on this Remembrance Day to do so.

On this November 11th do you remember George Lawrence Price, the last Canadian solider killed, just two minutes before the armistice was declared to end World War 1?

George Price and over 60,000 other Canadians died in what is now recognized as a war of the great imperial interests of that time to re-divide Europe and its colonial possessions. Was his death and those of over 8 million soldiers from all the combatant nations of any significance?

Those who survived returned not to peace but to upheaval. Do you remember the situation of World War 1 veterans who were greeted with unemployment because the war was followed by recession? Do you remember the wounded and maimed — some of whom were never to leave hospitals because of the extent of the damage done to them? This is the history not often told.

On this November 11th do you pause and wonder who will be the last Canadian solider killed in Afghanistan in a war which some call Canada’s “coming of age war for the 21st Century”?

More importantly, do you pause and ask “why” these wars are fought? This is what Canadians need to do.

There is a growing culture of militarism that is emerging and it encourages Canadians to accept the notion of a Canada at war in Afghanistan (and elsewhere). This militarism is seen in

On this November 11th it is important that Canadians ask “Why?” There are some who are doing so and holding alternative Remembrance Day ceremonies in communities, churches and schools. We strongly support initiatives such as these.

For Peace Alliance Winnipeg, November 11th is not only a day for reflection. It is the day upon which we reaffirm our commitment to work for peace. 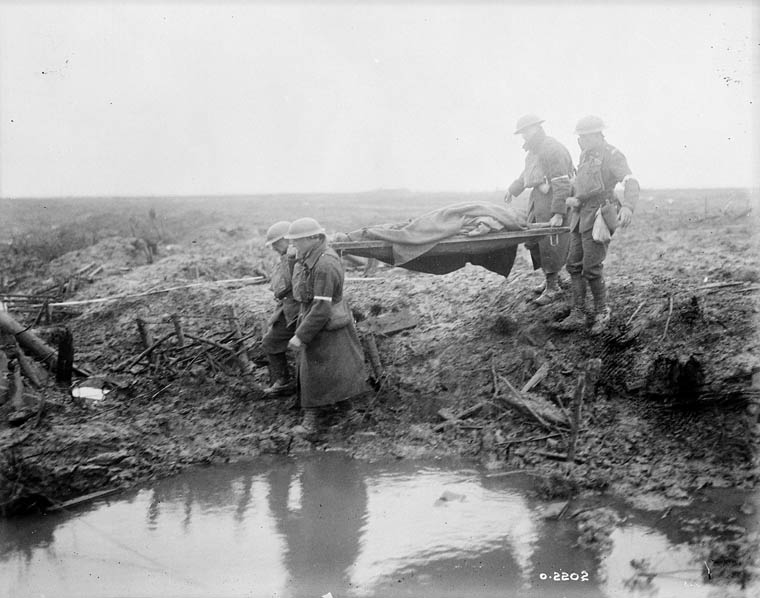 Canadian nurses assisting wounded troops at the battle of Passhendaele