Malalai Joya: The woman who will not be silenced 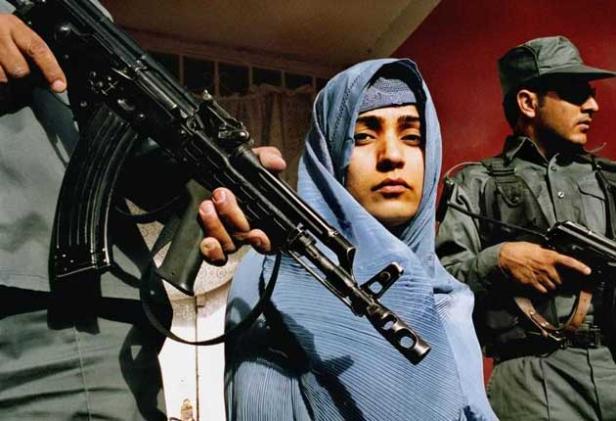 Enraged by Taliban oppression Malalai Joya became a women’s rights activist, and after the US-led invasion, took on the new regime as an MP. But speaking out has come at a cost. In a July 28, 2009 article, she tells Johann Hari of the Independent why death threats won’t stop her exposing ugly truths about Afghanistan.

“I am not sure how many more days I will be alive,” Malalai Joya says quietly.

The warlords who make up the new “democratic” government in Afghanistan have been sending bullets and bombs to kill this tiny 30-year-old from the refugee camps for years – and they seem to be getting closer with every attempt. Her enemies call her a “dead woman walking”. “But I don’t fear death, I fear remaining silent in the face of injustice,” she says plainly. “I am young and I want to live. But I say to those who would eliminate my voice: ‘I am ready, wherever and whenever you might strike. You can cut down the flower, but nothing can stop the coming of the spring.'”

The story of Malalai Joya turns everything we have been told about Afghanistan inside out. In the official rhetoric, she is what we have been fighting for. Here is a young Afghan woman who set up a secret underground school for girls under the Taliban and – when they were toppled – cast off the burka, ran for parliament, and took on the religious fundamentalists.

But she says: “Dust has been thrown into the eyes of the world by your governments. You have not been told the truth. The situation now is as catastrophic as it was under the Taliban for women. Your governments have replaced the fundamentalist rule of the Taliban with another fundamentalist regime of warlords. [That is] what your soldiers are dying for.” Instead of being liberated, she is on the brink of being killed.

10 comments for “Malalai Joya to speak in Winnipeg”