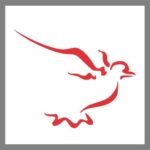 The AGM of the Peace Alliance Winnipeg is held at a time of major historic shift in the world as a result of the war in and over Ukraine. It is a war over Ukraine because of the clash between the West, Europe, NATO and Russia as to what constitutes security in Europe, what are the legitimate security interests of each of the entities and the motivations of all the parties to this conflict. Thus, it is also a European war with global implications as the U.S and the West are striving to set the terms of when and how the conflict will end and peace restored to Ukraine and how the international community should align itself.

The response internationally has been the need to stop the war through the most basic steps of conflict resolution – secure a ceasefire and negotiate a peace agreement. Opposed to this has been the rejection of peace and diplomacy by countries that helped start this conflict and now seek to prolong it.

It was a war that could have been averted but was not. Everything we are seeing on the news could have been avoided. In Canada and internationally the peace and anti-war movement strove to prevent this war with actions calling for diplomacy and negotiations to prevail against the ramping up of tensions. Since its outbreak the peace movement has organized for the same but it has been drowned out by calls to push forward this war. Shamefully, many in Parliament have supported these calls.

The reasons this war happened are important. They have already been dealt with extensively in much of the analysis of this war – analysis almost exclusively outside the large corporate media. What we are seeing is an effort to restrict this discussion to that which only serves the interest of the U.S., NATO and the West. For example, the issue of the U.S. using Ukraine to develop biological weapons is simply dismissed at the UN Security Council by the U.S. representative as disinformation – despite the concerns of many countries which have asked for this to be investigated thoroughly.

I began by saying this war represents an historic shift. The actions before and during the war show that the U.S., Canada, the EU and NATO are on the path of confrontation and war. It is a continuation of the path seen in Iraq, Yugoslavia, Libya, Syria. The targets are now shifting to Russia and China. This war has not ended and already the Canadian government is looking to increase military spending, the size of the Canadian armed forces and the purchase of new military hardware. It is story repeated in Europe as well.

It is imperative that in opposition to this the peace and anti-war movement become a more organized and present force to oppose the dangers of this period. This has begun in various ways and one of the most significant has been its organizing of numerous events in Canada and internationally to oppose this war and the dangers it represents with facts and arguments. The Canadian peace movement has organized rallies against Canada’s complicity in this war and its actions to push it even further and this Saturday and Sunday it is again organizing actions calling for a ceasefire, negotiations to secure peace and an end to Canada sending weapons to Ukraine. The action in Winnipeg is tomorrow – Sunday – at noon at River and Osborne.

Lastly I want to highlight the activities of Peace Alliance Winnipeg in the last year.

Peace Alliance Winnipeg again marked the anniversary of the use of atomic weapons on Hiroshima and Nagasaki with the Lantern Ceremony at the Provincial Legislature. The event has continued to bring together a large number of people to both commemorate the tragedy of the Hiroshima and Nagaski and to continue the work to bring about nuclear disarmament and pressure Canada to sign the UN Treaty on the elimination of nuclear weapons.