In this webinar, viewers discuss the film Haiti Betrayed with director, Elaine Brière, and the current Haitian situation with activist Jennie-Laure Sully. The webinar was hosted by Peace Alliance Winnipeg on Nov. 13, 2021.

In 2004, Canada collaborated with the U.S. and France to overthrow Haiti’s elected president, Jean Bertrand Aristide, who enjoyed widespread support among the poorest Haitians. Since then, with Canada’s support, a series of right-wing governments have overturned Aristide’s reforms and violently repressed his supporters.

Released in 2019, Elaine Brière’s documentary, Haiti Betrayed, exposes the role Canada played in the 2004 coup. You can watch it here, in English or French. 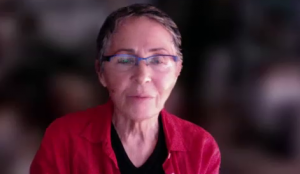 The Story of Canadian Merchant Seamen, released in 2006, aired on SCN and Knowledge Network and toured extensively in New Zealand, the UK and Australia.

Elaine’s photographs have been collected by the visual arts section of the National Archives of Canada. Her work has appeared in The Globe & Mail, the New York Review, Canadian Geographic, Carte-Blanche, and the Family of Women. East Timor, Testimony, was published in 2004. She is the founder of the East Timor Alert Network and received the Order of Timor-Leste in 2016 for her contribution towards the liberation of East Timor from Indonesian occupation.

Her current feature documentary, Haiti Betrayed, on the role of Canada in the 2004 coup d’état in Haiti, was released in late 2019. It was translated into French in the summer of 2020 and aired on TV5 in Québec and France. 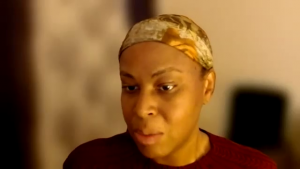 Jennie-Laure Sully is a researcher at the Socioeconomic Research Institute (IRIS) and a community organizer at CLES, a center for sexually exploited women.

She studied anthropology and public health and has a master’s degree in biomedical sciences from the University of Montreal. She has worked as a research coordinator in hospitals and as a psycho-social caseworker in rape crisis centers.

Jennie is very active in the women’s movement and in the movement for the human rights of migrants. She was born in Haiti and moved to Quèbec with her family when she was 2 years old. Among the many causes she cares about, the fight against imperialism and for the sovereignty of Haiti is among her top priorities.