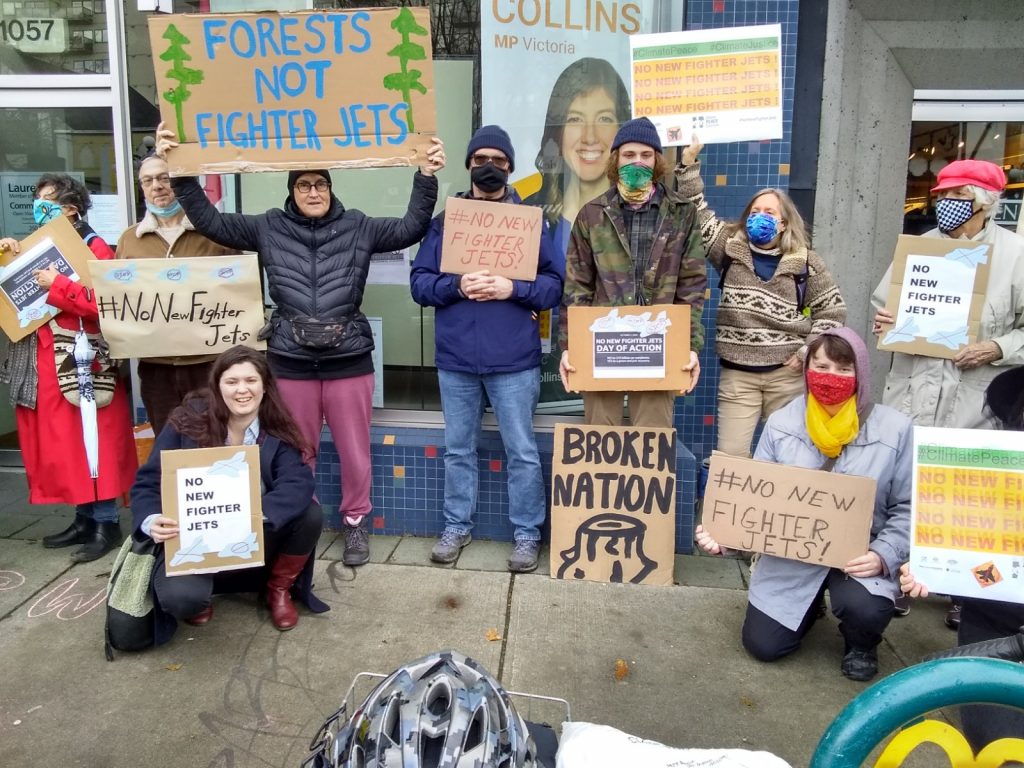 On November 25, 2021, the Canadian Press reported that Boeing was notified that its Super Hornet had been disqualified from the federal government’s planned fighter jet purchase. That decision paves the way for the Trudeau government to acquire Lockheed Martin’s F-35 stealth fighter.

“Justin Trudeau repeatedly guaranteed his government would not purchase the F-35 but since taking office the Liberals have moved towards ensuring the controversial and expensive warplane was selected”, noted Bianca Mugyenyi, director of the Canadian Foreign Policy Institute.

The 2015 Liberals election platform put in bold: “We will not buy the F-35 stealth fighter-bomber.” It added, “We will reduce the procurement budget for replacing the CF-18s, and will instead purchase one of the many, lower-priced options that better match Canada’s defence needs.”

“While the Liberals have laid the groundwork to acquire the stealth fighter, they haven’t publicly said their previous position on the F-35 was a mistake. Nor did the Liberals’ recent election platform say we ‘will purchase the F-35’”, opined Mugyenyi.

“Amidst flooding in British Columbia and Newfoundland, the Liberals want to spend tens of billions of dollars on a warplane that consumes 5600 liters of carbon-intensive fuel per hour in the air,” noted Mugyenyi. “This is a climate crime.”

“The NDP and Greens, who say they oppose purchasing the F-35, need to demand answers from the Liberals on their fighter jet plans”, added Mugyenyi.

The Canadian Foreign Policy Institute is calling for the Parliamentary Budget Officer to assess the full lifecycle cost of the F-35 and for the government to release its calculations on the projected greenhouse gas emissions from a fleet of 88 fighter jets. Finally, the Institute is calling for a debate in parliament on the costs, carbon pollution and expected uses of the fighter jets.

This week rallies were held in more than a dozen cities across the country in opposition to the government’s planned purchase of 88 new warplanes at a cost of $19 billion ($77 billion over their lifecycle). In the summer Neil Young, Sarah Harmer and Tegan and Sara as well as authors Yann Martel, Gabor Maté and Michael Ondaatje signed a public letter opposing the Liberal government’s plan to purchase “unnecessary, dangerous, climate destroying fighter jets.” The No New Fighter Jets for Canada statement was also signed by environmentalists David Suzuki and Naomi Klein, as well as two sitting MPs, four former MPs, a Senator and former diplomat Stephen Lewis. Prominent international figures including rock legend Roger Waters, actress Daryl Hannah and Professor Noam Chomsky also endorsed the call.