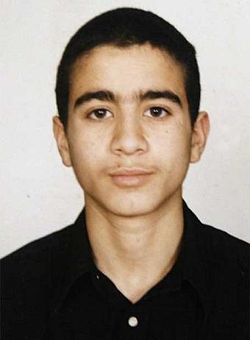 By Roméo A. Dallaire

The case of Omar Khadr—a Canadian citizen and former child soldier—is a stain upon our society and shows a blatant disregard for Canada’s obligations under international law.

During his 10 nightmarish years at Bagram and Guantánamo Bay, Omar Khadr’s rights have been violated time and again. He has been denied the right to due process and a fair trial, the right to protection from torture, and the rights stemming from the Convention on the Rights of the Child and its Optional Protocol on Children in Armed Conflict.

After years of dragging its feet, Canada finally agreed to his return in 2010, so long as he served one additional year in Guantánamo. No one forced the government’s hand. It made its promise voluntarily. That year has passed, and yet the transfer request continues to gather dust on the minister’s desk awaiting his signature. This is simply unacceptable.

Just days ago, Marine Col. Jeffrey Colwell, chief defense counsel for military commissions openly chastised Canada for crippling US efforts to enter into plea agreements: If the US “can’t carry through on their end of the bargain, it has a chilling effect on the willingness of others to plead. There was an expectation by all parties involved that Khadr was going to be home last fall. It’s July, and he’s not.”

Enough is enough. Canada must keep its word — and Minister Toews must authorize Omar Khadr’s return without delay. A deal is a deal.

If thousands join me, we can force Canada to honour its promise. Now is the time to speak up and spread the word. Please sign this petition and help me bring Omar Khadr home.