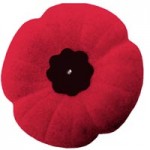 As we honour today the men and women who have fought and died in uniform, it is important that our remembrance of them not be taken as an endorsement of war or a celebration of all things military. For many people, soldiers in uniform do not inspire feelings of pride but memories of horror, destruction, and death. Some of us are survivors of war or refugees. Others of us who were born here are Canadians because our parents or grandparents or great-grandparents fled the violence of wars in faraway lands.

In the eyes of the indigenous people from whom this land of Canada was taken by force, the military we like to celebrate is an occupying army; its triumphs are their defeats. It is important to remember in Canada that all our wars have been wars of choice, not of self-defence, and that a foreign army has not crossed our borders since the U.S. attacked in the War of 1812, and that even that war, from the point of view of indigenous peoples, was not a defensive war but a skirmish between two colonial powers fighting for control of lands that were not theirs to take in the first place.

Outside the continent too the Canadian military has not always been seen the way we like to see ourselves. Back at the turn of the last century, Canada sent 2,700 troops to support British forces in the Boer War against the descendents of Dutch settlers for control of South Africa (a land that belonged neither to Britain nor to the Dutch). Canadian troops participated in a scorched earth campaign that destroyed crops, poisoned wells, destroyed villages, and set up concentration camps in which 28,000 thousand people, mostly children, died of disease, starvation, and exposure.

During the First World War, in the face of massive opposition from its French-speaking citizens, Canada sent 600,000 soldiers to prop up the British Empire. Sixty-seven thousand Canadians lost their lives. In 1932 Canada sent gunboats and soldiers to help put down a Communist insurrection in El Salvador and support the unpopular military regime of Hendandez Martinez, which carried out one of the worst massacres in El Salvador history under the watchful eye of the Canadian military.

During the Second World War, Canadian soldiers fought valiantly to liberate Europe from Nazi rule, yet for the colonized peoples of Africa, European “liberation” simply meant that control of their lands reverted back to their original colonizers, a mere transfer of ownership from one despotic European power to another. In the post-war period, Canada redefined itself as a “peacekeeping” nation, a role that received enthusiastic backing from the United States during the Cold War, as it freed up its troops to pursue its decade-long war against Vietnam.