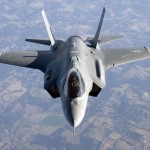 On April 15, Jason Kenny fully scripted a commanding role for military to play during citizenship ceremonies. The veteran, preferably from the Afghanistan War, to be introduced at the start of the ceremony, should declare that, “as a Canadian citizen, you live in a democratic country where individual rights and freedoms are respected. Thousands of brave Canadians have fought and died for these rights and freedoms. The commitment to Canada of our men and women in uniform should never be forgotten or go un-recognized.”

David Bercuson defended this proscription in the Globe & Mail on July 12. This is unsurprising because, as director of the Centre for Military and Strategic Studies at the University of Calgary and director of programs at the Canadian Defense and Foreign Institute, Bercuson is a central architect of the Harper administration’s current expansion of our armed forces. The military’s “necessary roles are to proclaim and safeguard Canada’s borders and to maintain ‘peace, order and good government’ within those borders.” From this perspective, he insists “the Canadian military play an appropriate role in Canadian citizenship ceremonies (in order) to proclaim and safeguard Canada’s groundwork of our citizenship.”

One might have thought that internally the police, not the military, defend peace in our democracy, and that diplomacy rather than the military does the most to protect our borders — particularly as even an enormous army could never have stood off the most likely invader.

In addition, Bercuson continues, the bloodletting of WWI led to Canadian independence. He omits repatriation of the Constitution and the Charter of Rights and Freedoms when he discusses our national independence.

Bercuson seals his military celebration by moving on to partisan geopolitical arguments. Under Conservative Prime Ministers Mulroney and Harper, he writes, Canada has increased its role in shaping global policies “due to our being military participants in important multinational events, not just spectators.”

“Events” means wars, “multinational” means American instigated. Bercuson wants us to prepare for more Afghanistans. This is an argument to grow our military prowess as a national priority, to embed the military deeply into Canadian culture and identity in a way it never has been before during peacetime.