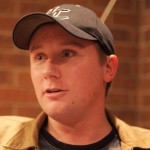 TORONTO—On Tuesday, the Federal Court of Canada released a decision reaffirming there is evidence that U.S. Iraq War resisters are targeted for punishment because of their political beliefs if returned to the United States. The judgment in the judicial review of Iraq War

In his decision, The Honourable Yves de Montigny concurred with the Federal Court of Appeal’s unanimous July 2010 decision that Iraq War resisters’ sincerely held beliefs must be assessed and cannot be ignored by immigration decision-makers.

Justice de Montigny was critical of the immigration officer’s cookie-cutter reasons for denying Walcott’s Pre-Removal Risk Assessment (PRRA) application, calling them “disturbingly similar” to those that were provided in the case of the first female Iraq War resister, Kimberly Rivera. Each case is supposed to be decided on its own merits.

The decision means that Walcott, a former U.S. Marine, will get another chance to apply for a PRRA and for permanent residence processed from within Canada on humanitarian and compassionate grounds. Immigration officers must take into consideration whether he will face the risk of “differential and therefore persecutory punishment on the basis of political opinion” if deported, and whether humanitarian and compassionate values, including the freedom of thought, conscience and religion, warrant Walcott being able to stay in Canada.

“This decision will have a positive impact on all Iraq War resisters’ cases,” said Michelle Robidoux, spokesperson for the War Resisters Support Campaign. “The question now is, how many such decisions does Immigration Minister Jason Kenney need before he respects the will of the majority Canadians and allows Iraq War resisters to stay?”

“The immigration minister has intervened persistently and inappropriately, attempting to prevent war resisters from getting fair hearings,” said Robidoux. “The next government must rescind CIC Operational Bulletin 202, and let Iraq War resisters stay in Canada.”

Walcott came to Canada in December 2006 after serving two tours of duty in Iraq. His first-hand experiences led him to reject the war.

“The Officer fails to appreciate that the risk of differential and more severe punishment stems from the decision on whether or not to prosecute in the first place.” [39] p.15

“This failure of the Officer to properly address the risk of differential punishment is therefore fatal to the Officer’s determination that state protection would be available in his country.” [41]

“Having mischaracterized the risk alleged by the Applicant, the Officer could not properly assess it. For that reason alone, this application for judicial review ought to be granted.” [44] p.17

“Indeed, there was evidence of several U.S. military personnel who were public about their objections to the war in Iraq while being absent without leave being sentenced to incarceration after returning from Canada. In the case of two of these individuals, the evidence before the Officer demonstrated that the fact that they had spoken out against the war in Iraq was argued by military prosecutors to be an aggravating factor in their offence of desertion at their court martial proceedings.” [46] p.18

“How, when speaking out about one’s political opinion is seen as an aggravating factor by prosecutors in the offence of desertion requiring maximum punishment, does the evidence not support a finding of differential prosecution and therefore persecution on the basis of political opinion?” [48] p.19