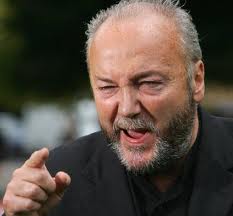 Toronto – Former British MP George Galloway will appear in ten cities on a pan-Canadian speaking tour from November 16 to 27, 2010. Organized by local peace coalitions and Palestine solidarity campaigns across Canada, the tour is called “Free Palestine, Free Afghanistan, Free Speech”. Mr. Galloway will speak about the Canadian government’s attempts to ban him as well as the political situation in the Middle East and Central Asia.

“I’m looking forward to speaking in person with the many Canadians who have defended their right to hear me, including those who disagree with me,” said Mr. Galloway from London, UK. “I’m also looking forward to challenging Jason Kenney to a public debate, who has yet to account for his role in trying to keep me out of Canada.”

Details of each event are available at http://www.defendfreespeech.ca/. (For information on the Winnipeg event, go here or here.)

On September 27, the Federal Court of Canada ruled that Minister of Citizenship and Immigration Jason Kenney had attempted to ban Galloway from Canada for purely political reasons: “It is clear that the efforts to keep Mr. Galloway out of the country had more to do with antipathy to his political views than with any real concern that he had engaged in terrorism or was a member of a terrorist organization” (http://bit.ly/cKc7nd – paragraph 8). The ruling cleared the way for Galloway to return to Canada. On October 2, he arrived in Toronto. The next day, he addressed a crowd of over 800 people at a downtown church.