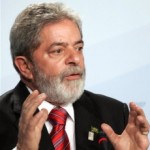 Amid threats of an Israeli attack against Iran, Brazil’s president said Friday he has planned a visit to the country to prevent a “mistake” that was the prelude to the invasion of Iraq.

“I am going there because I do not want the mistake that was made in Iraq to be repeated in Iran,” President Luiz Inacio Lula da Silva said, in comments reproduced by the state news agency ABR, DPA reported.

Lula, who has scheduled a two-day visit to Tehran on May 15, said the Iraq war stemmed from a “lie” spread by world powers.

← Delist NOW! Six-Month Campaign to Free Abousfian Abdelrazik from the Prison Without Walls
Have a nice world war, folks →