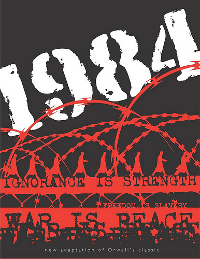 Barack Obama is the leader of a contemporary Oceania. In two speeches at the close of the decade, the Nobel Peace Prize winner affirmed that peace was no longer peace, but rather a permanent war that “extends well beyond Afghanistan and Pakistan” to “disorderly regions and diffuse enemies”. He called this “global security” and invited our gratitude. To the people of Afghanistan, which America has invaded and occupied, he said wittily: “We have no interest in occupying your country.”

In Oceania, truth and lies are indivisible. According to Obama, the American attack on Afghanistan in 2001 was authorised by the United Nations Security Council. There was no UN authority.

He said the “the world” supported the invasion in the wake of 9/11 when, in truth, all but three of 37 countries surveyed by Gallup expressed overwhelming opposition.

He said that America invaded Afghanistan “only after the Taliban refused to turn over [Osama] bin Laden”. In 2001, the Taliban tried three times to hand over bin Laden for trial, reported Pakistan’s military regime, and were ignored.

Even Obama’s mystification of 9/11 as justification for his war is false. More than two months before the Twin Towers were attacked, the Pakistani foreign minister, Niaz Naik, was told by the Bush administration that an American military assault would take place by mid-October. The Taliban regime in Kabul, which the Clinton administration had secretly supported, was no longer regarded as “stable” enough to ensure America’s control over oil and gas pipelines to the Caspian Sea. It had to go.