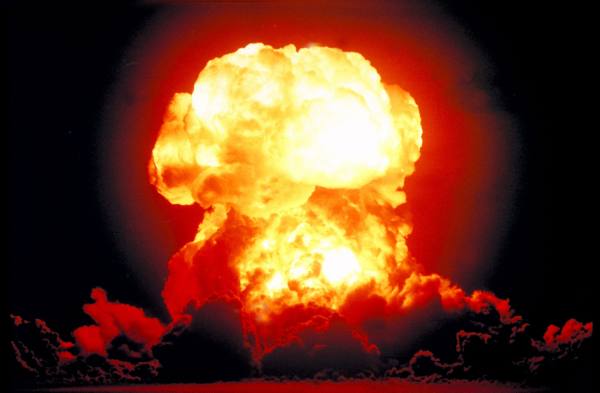 Early in the morning of March 1, 1954, sometime around five or six o’clock, American planes dropped a hydrogen bomb on Bikini Atoll. Shortly before this happened, I had awakened and stepped out of my house. Once outside, I looked around and saw Billiet Edmond making coffee near his house. I walked up and stood next to him. The two of us talked about going fishing later in the morning. After only a few minutes had passed we saw a light to the west of Rongelap Atoll. When this light reached Rongelap we saw many beautiful colors. I expect the reason people didn’t go inside their houses right away was because the yellow, green, pink, red, and blue colors which they saw were such a beautiful sight before their eyes.

The second thing that happened involved the gust of wind that came from the explosion. The wind was so hot and strong that some people who were outside staggered, including Billiet and I. Even some windows fell as a result of the wind.

The third thing that happened concerned the smoke-cloud which we saw from the bomb blast. . .