Iran is the least of the world’s offenders against non-proliferation.
By George Monbiot. Published in the Guardian 28th July 2008 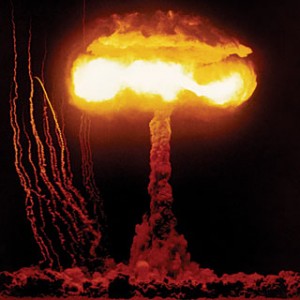 What is the Iranian government up to? For once the imperial coalition, overstretched in Iraq and unpopular at home, is proposing jaw, not war. The UN Security Council’s offer was a good one: if Iran suspended its uranium enrichment programme, it would be entitled to legally guaranteed supplies of fuel for nuclear power, assistance in building a light water reactor, foreign aid, technology transfer and the beginning of the end of economic sanctions(1). The United States seems prepared, for the first time since the revolution, to open a diplomatic office in Tehran(2). But in Geneva ten days ago, the Iranians filibustered until the negotiations ended(3). On Saturday President Ahmadinejad announced that Iran has now doubled the number of centrifuges it uses to enrich uranium(4). A fourth round of sanctions looks inevitable.

The unequivocal statements Barack Obama and Gordon Brown made in Israel last week about Iran’s nuclear weapons programme cannot yet be justified(5,6). Nor can the unequivocal statements by some anti-war campaigners that Iran does not intend to build the bomb. Why would a country with such reserves of natural gas and so great a potential for solar power suffer sanctions and the threat of bombing to make fuel it could buy from other states, if it accepted the UN’s terms? 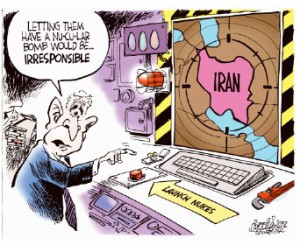