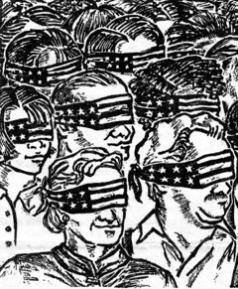 So far, Bush’s plan to maintain a permanent US military presence in Iraq has been stymied by resistance from the Iraqi government. Barack Obama’s timetable for withdrawal of American troops has evidently been joined by Iraqi Prime Minister Nuri al-Maliki, Bush has mentioned a “time horizon” and John McCain has waffled. Yet, Obama favors leaving between 35,000 and 80,000 US occupation troops there indefinitely to train Iraqi security forces and carry out “counter-insurgency operations.” That would not end the occupation. We must call for bringing home – not redeploying – all US troops and mercenaries, closing all US military bases and relinquishing all efforts to control Iraqi oil.

In light of stepped-up violence in Afghanistan and for political reasons – following Obama’s lead – Bush will be moving troops from Iraq to Afghanistan. Although the US invasion of Afghanistan was as illegal as the invasion of Iraq, many Americans see it as a justifiable response to the attacks of September 11, 2001, and the casualties in that war have been lower than those in Iraq – so far. Practically no one in the United States is currently questioning the legality or propriety of US military involvement in Afghanistan. The cover of Time magazine calls it “The Right War.”