The signing on August 14 of an agreement between the governments of the United States and Poland to deploy on Polish soil US ‘interceptor missiles’ is the most dangerous move towards nuclear war the world has seen since the 1962 Cuba Missile crisis. Far from a defensive move to protect European NATO states from a Russian nuclear attack, as military strategists have pointed out, the US missiles in Poland pose a total existential threat to the future existence of the Russian nation. The Russian Government has repeatedly warned of this since US plans were first unveiled in early 2007. Now, despite repeated diplomatic attempts by Russia to come to an agreement with Washington, the Bush Administration, in the wake of a humiliating US defeat in Georgia, has pressured the Government of Poland to finally sign the pact. The consequences could be unthinkable for Europe and the planet. 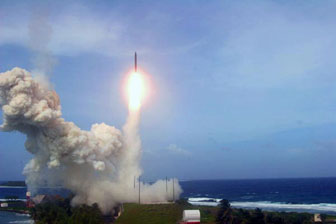