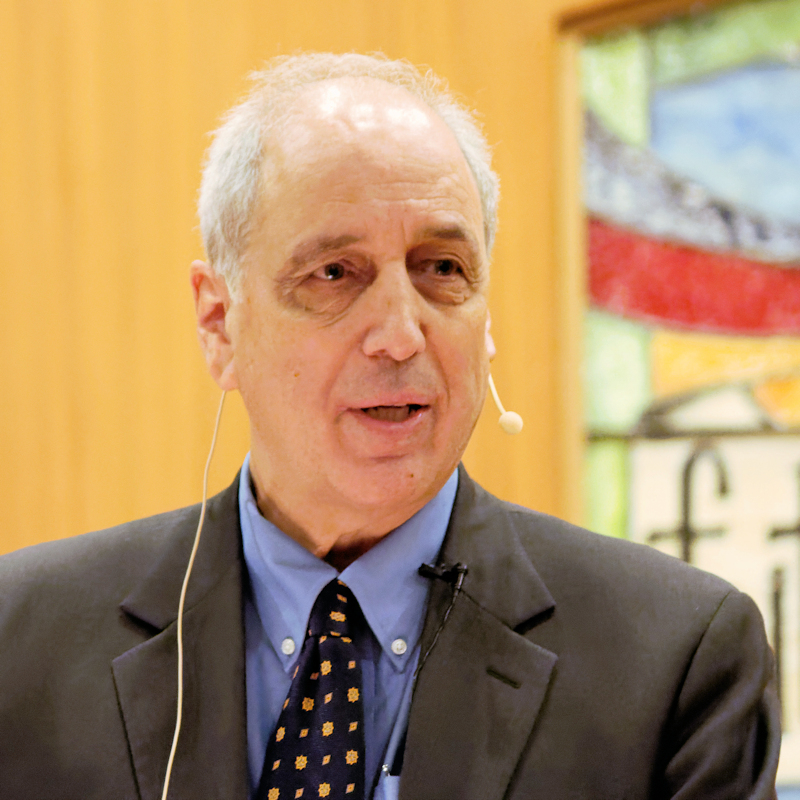 Winnipeg, Jan. 28, 2020: Michael Lynk’s address in Winnipeg was entitled “The Vanishing Horizon: The ABCs of Human Rights in the Occupation of Palestine.” However, Donald Trump’s newly announced “peace plan” — in reality America’s endorsement of Israel’s illegal settlements — was examined in depth.

Michael Lynk was designated by the UN Human Rights Council in 2016 as the Special Rapporteur on the situation of human rights in the Palestinian Territory occupied since 1967. The mandate was originally established in 1993 by the then UN Commission on Human Rights. Professor Lynk is Associate Professor of Law at Western University in London, Ontario, where he teaches labour law, constitutional law and human rights law. Before becoming an academic, he practiced labour law and refugee law for a decade in Ottawa and Toronto. He also worked for the United Nations on human rights and refugee issues in Jerusalem.