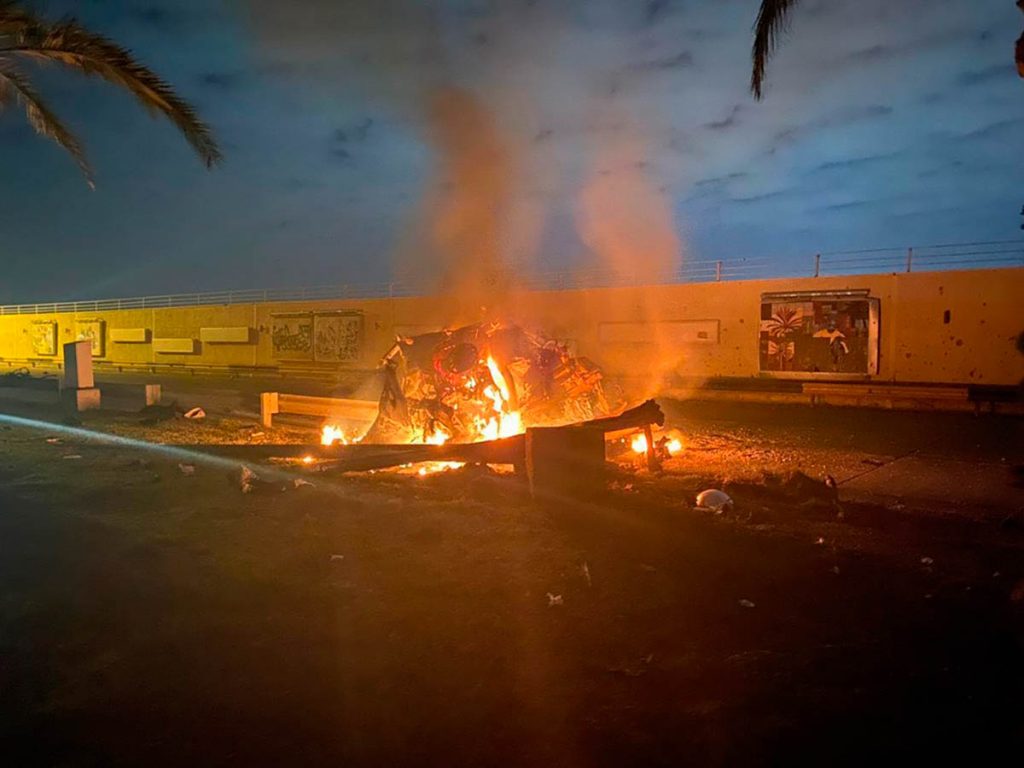 The US action to engage in the political assassinations of Iranian General and leading political figure Qassem Soleimani and Iraqi militia commander Abu Mahdi al-Muhandis along with their bodyguards is a grave provocation against the people of Iraq and Iran, the sovereignty of the two countries and a violation of all norms of international law. The US is not at war with Iraq or Iran and therefore these killings are tantamount to state terrorism.

Many countries condemned the US killing of these individuals. However, Canada, along with Britain, failed to condemn the US actions.

Canada claims to stand for peace and the rule of law but the statement by Canada’s Minister of Foreign Affairs François-Philippe Champagne contained no reference to the illegality of the US actions or its potential to provoke war between the US and Iran:

“We call on all sides to exercise restraint and pursue de-escalation. Our goal is and remains a united and stable Iraq. Canada has long been concerned by the Islamic Revolutionary Guard Corps’ Quds Force, led by Qasem Soleimani, whose aggressive actions have had a destabilizing effect in the region and beyond.”

Canada’s willingness to absolve US aggression and single out Iran as the problem in Iraq, and the wider region, can be explained by the fact Canada is in lockstep with the US, Britain and the European Union to control the Middle East and North Africa through direct and proxy interventions.

Canada played that role in Libya, Mali, Yemen and Syria. In Iraq, Canada currently has about 250 soldiers as part of a NATO mission to provide training to the Iraqi armed forces. This is only the most recent of its interventions in Iraq. Canada was one of the most resolute of states in the imposition of sanctions following the first Iraq war. The policy of international sanctions led to the death of an estimated one million civilians.

The grave and criminal actions of the US against Iraq and Iran must be condemned for what they are – the belief that the US has the right to hegemony over the world.

Canada cannot be a factor for peace and stability in the world so long as supports and whitewashes US aggression. Canada will not be respected in the world if it talks about human rights and rule of law only when it serves its own (or US) interests. Canada cannot base its foreign policy on US interests.

← Support the workers, peasants and indigenous peoples of Latin America! Oppose the Coup in Bolivia!
Bring our troops home →