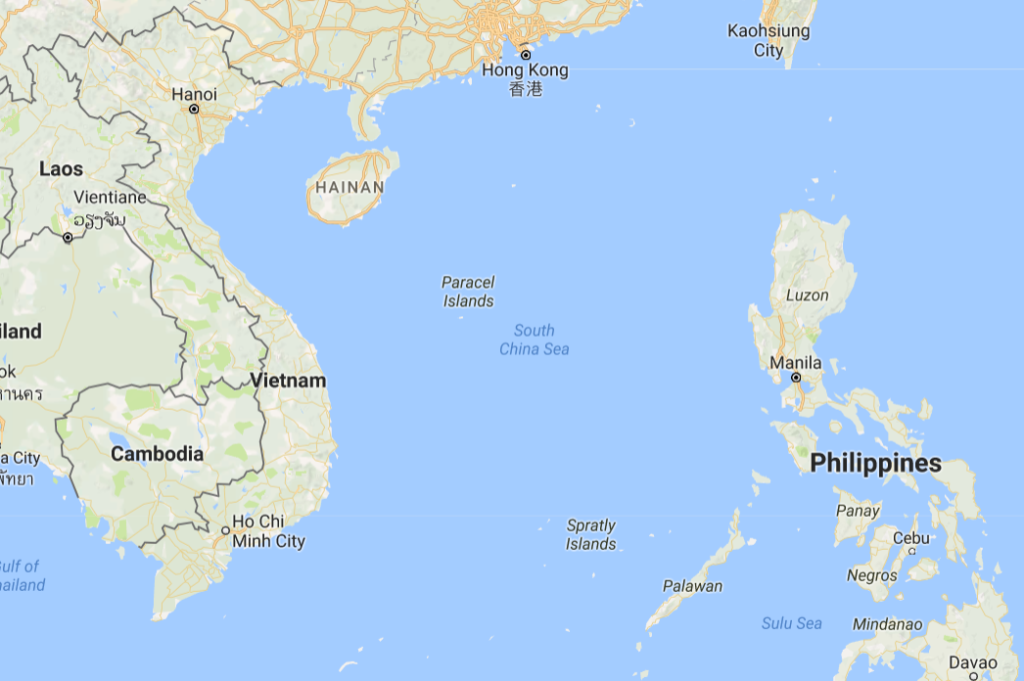 Just days after taking office, the Trump administration has set course for a conflict with China over the South China Sea that threatens military clashes and war.

President Donald Trump’s press secretary, Sean Spicer, on Tuesday backed up an earlier assertion by the administration’s nominee for secretary of state, former Exxon Mobil CEO Rex Tillerson, that Washington would bar Chinese access to islets being built up by Beijing in the South China Sea.

In his first full press briefing, Spicer bluntly declared, “The US is going to make sure that we protect our interests there.” Referring to Chinese-controlled islands in the disputed waters, he continued: “It’s a question if those islands are in fact in international waters and not part of China proper, then yeah, we are going to make sure we defend international territories from being taken over by one country.”

The reckless character of the Trump administration’s threats was underscored by the Washington Post’s headline: “Is Trump ready for war in the South China Sea, or is his team just not being clear?” While the Post suggested the problem was unclear or misspoken remarks, Spicer’s statements were fully in line with what was said less than two weeks ago by Tillerson.

At his congressional confirmation hearing, Tillerson lashed out at China, declaring that its land reclamation activities in the South China Sea were “akin to Russia’s taking Crimea.” He warned that China’s island-building would have to stop, adding that its “access to those islands also is not going to be allowed.”

These comments mark a decisive shift from Washington’s previous stance, which, nominally at least, took no position on the territorial disputes, but declared that it had a “national interest” in ensuring “freedom of navigation” in the South China Sea. Under the Obama administration, the US Navy provocatively sent guided missile destroyers on three occasions within the 12-nautical-mile territorial limit around Chinese islets.

The Trump administration is directly challenging China’s control over the islets. Asked how the US would carry out its threat to bar Chinese access, Spicer said that “we’ll have more information on that” as the situation develops.

As various analysts have pointed out, the only means of barring China would be a naval and air blockade in the South China Sea. Such action, a clear breach of international law, would constitute an act of war.

The islets in the South China Sea are not “international territories,” but are occupied by various countries and subject to longstanding disputes. Washington’s cynicism and hypocrisy are staggering. It is not proposing to take action against islets occupied by rival claimants—the Philippines, Vietnam, Malaysia and Taiwan.

The Chinese foreign ministry yesterday reaffirmed that China had “indisputable sovereignty” over the islets and warned that “we are firm in safeguarding our rights and interests.” After pointing out that US had no direct claim in the South China Sea, spokeswoman Hua Chunying urged Washington to “speak and act cautiously to avoid damaging peace and stability in the area.”

An earlier editorial in the state-owned Global Times declared that any attempt to prevent China’s access to its islands would “involve large-scale war” and suggested that Tillerson “bone up on nuclear power strategies if he wants to force a big nuclear power to withdraw from its own territories.”

The willingness of US imperialism to threaten a nuclear-armed power and risk a nuclear conflagration cannot be ascribed simply to the outlook or psyche of the right-wing demagogue Donald Trump or the militaristic and fascistic individuals in his administration. While Trump’s rise to power represents a qualitative shift in global politics, the basis for the looming confrontation with China was laid by the Obama administration’s aggressive “pivot to Asia.” If Hillary Clinton, one of the chief architects of the “pivot,” had won office, her administration, whatever the differences in style, timing and tactics, would have pursued essentially the same war-mongering course.