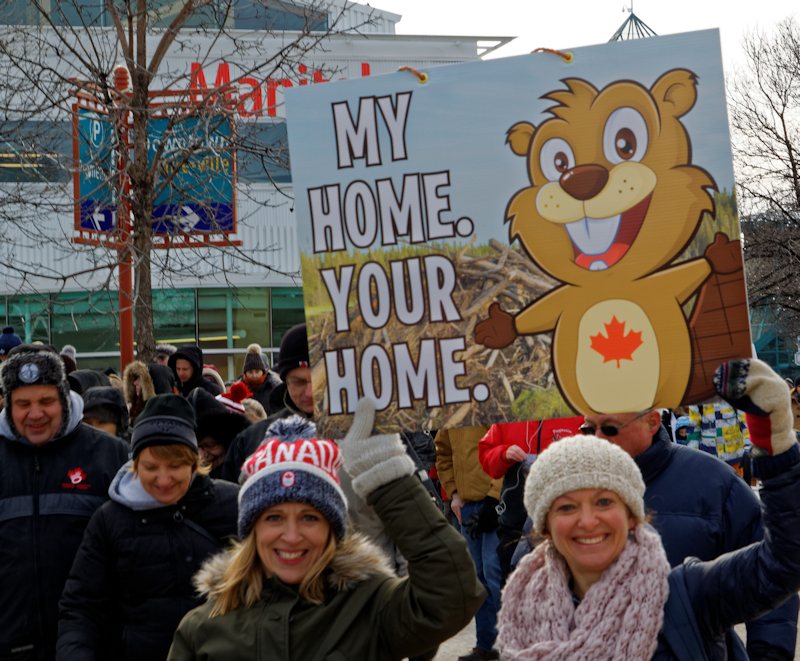 Thousands of Winnipeggers rallied at the Forks Market on Feb. 4th in solidarity with the Muslims who were attacked in Quebec City on Jan. 29, 2017, and more generally to show support for refugees, human rights and an inclusive society. Photo: Paul S. Graham

Trump’s ban affects asylum seekers, immigrants and any and all travellers from seven countries: Iraq, Iran, Libya, Somalia, Sudan, Syria, and Yemen. This includes resident green card holders trying to return to the U.S. from travel for personal or work reasons. The U.S. State Department has also confirmed this includes dual citizens from these seven countries, an outrageous and draconian measure that could affect hundreds of thousands of Canadians, including the Canadian Immigration Minister, since he came to Canada as a refugee from Somalia.