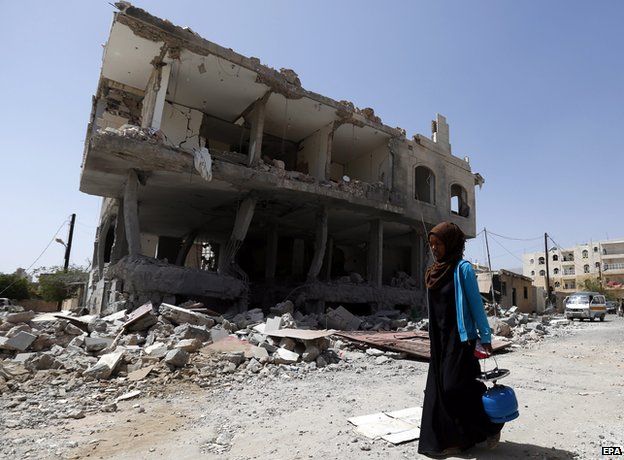 Yemeni homes and buildings have been destroyed by airstrikes. Photo: BBC

Donald Trump’s first concrete decision as commander in chief was a major fiasco that killed nine children, eight women, and a U.S. soldier in a botched raid on al Qaeda in Yemen.

The operation — which Trump reportedly approved over dinner — also failed to catch its reported target and severely damaged a local clinic, mosque, and school.

It’s hard to imagine Donald Trump making the situation worse in Yemen, but he did.

Impoverished to begin with, Yemen is two years into a civil war that has killed 10,000 people and displaced millions. A U.S.-supplied bombing campaign has turned schools, hospitals, essential infrastructure, and ancient heritage sites into rubble. And a U.S.-backed blockade is preventing the trade of food and basic goods, starving a country that previously relied on imports for 90 percent of its food. 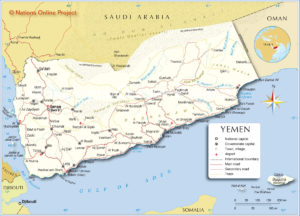 As a result, the United Nations this week declared that Yemen is on the brink of famine. Officials held a news conference Wednesday to announce that 19 million Yemenis — more than two-thirds of the country’s population — need some form of humanitarian assistance, 7.3 million people do not know where their next meal will come, and more than half of the country’s medical facilities have closed.

Jan Egeland, a former UN official and chair of the Norwegian Refugee Council, described the situation by saying “if bombs don’t kill you, a slow and painful death by starvation is now an increasing threat.”