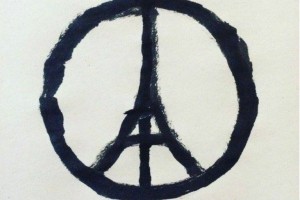 The horrific and cowardly attacks by IS in Turkey, Beirut and Paris are a reminder that violence begets violence. French President François Hollande, by declaring war on IS, has unleashed air strikes against IS “headquarters” — a heavily populated area where undoubtedly there will be civilian casualties in the hundreds.

When war is declared, as it was by former U.S. president George Bush after 9/11, it only perpetuates the cycle of violence. In war there are two sides and each side has the right to defend, attack and retaliate. We may couch this ugly reality by demonizing the victims (as IS does), by calling them the crusaders and apostates and — as we do — by ignoring the human cost to our actions by turning the women, men and children killed by our bombs into collateral damage.

When I spoke to 1,200 Muslim women in Calgary this weekend and called for a moment of silence for the victims of the Paris attacks, a young girl asked, “What about my people, what about their suffering?” Her pain was real, her anger palpable.

How do you respond when the sheer contrast in media coverage of the deaths of western victims is far greater, more sympathetic and more frequent than that of the victims of terrorism and war in the rest of the world? When world leaders stand and march in solidarity after civilians in North America and Europe are targeted, but are silent when the same terrorists target civilian populations in non-western countries. How do I explain to this young girl that all lives matter when our war planes target hospitals, schools and civilian dwellings?

How do you explain this discriminating approach to human suffering?

I reminded the audience that in Islam, all life is sacred, regardless of race, gender, ethnicity or religion. I explained we have a common enemy and we should not give in to our hurt and our anger, or adopt the duplicity of the global leadership. However, my heart was crying and my words seemed hollow — is this the reality?

Do we really value all lives the same? Must we live two world visions — equally violent, equally vicious, one of war and one of terrorism — as the only solution?

Why did the attacks in Paris immediately make us turn on the Syrian refugees who are fleeing IS and Bashar Assad’s brutal regime? Saskatchewan Premier Brad Wall asked for the suspension of the Syrian refugee program. What evidence does he have to call for such an action?

Social media has lit up with anti-refugee, anti-Muslim and anti-immigrant hate. And Canadian Muslims are once again afraid for their children and their well-being.

IS has found our Achilles heel. IS knows fear and hate linger just below the surface in our societies and we very quickly turn on our fellow citizens because of the colour of their skin, their ethnicity and their faith. IS knows our commitment to values of compassion and human rights are fragile and we will take our frustrations and anger out on the most vulnerable, in this case the Syrian refugees.

Let us not prove them right. Let us come together. Let us honour every life lost to war and to terrorism, the way our humanity compels us to.

Shahina Siddiqui is the president of the Islamic Social Services Association. This article originally appeared in the Winnipeg Free Press and is reproduced here with the permission of the author.