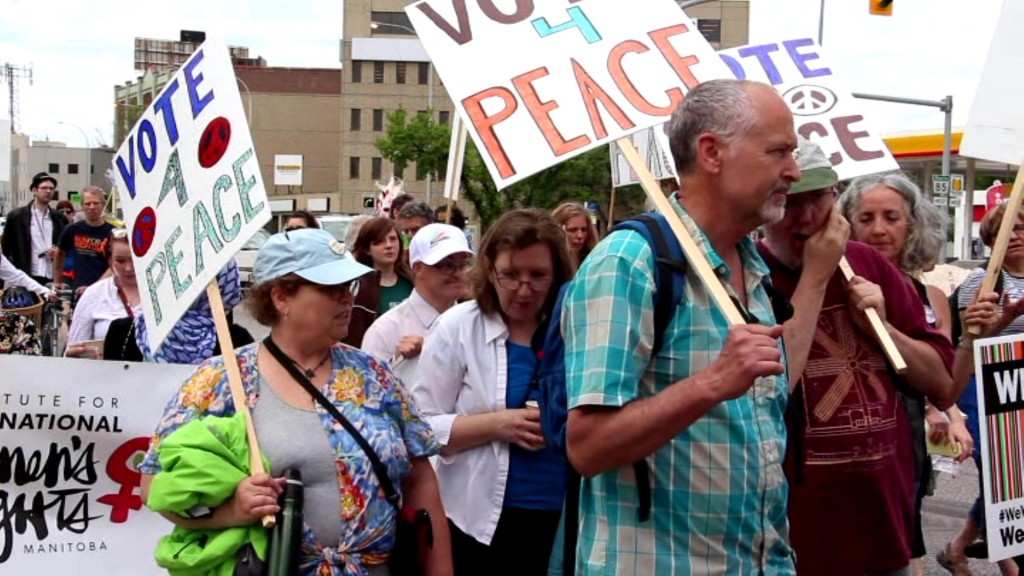 June 13, 2015: The theme of this year’s Winnipeg Peace and Justice Festival was “Vote for Peace.” With a federal election expected this October and a Prime Minister who never saw a war he didn’t like, the theme is timely.

The festival, which has been held in Vimy Ridge Park for the last five years, included the 34th annual Walk for Peace. It was sponsored by the Council of Canadians (Winnipeg Chapter), Peace Alliance Winnipeg, and Project Peacemakers. Organizations which helped organize the festival included Common Sense Storehouse, the Islamic Social Services Association, the Institute for International Women’s Rights (Manitoba), the Solidarity Committee for Ethiopian Political Prisoners and Unemployed Youth Africa