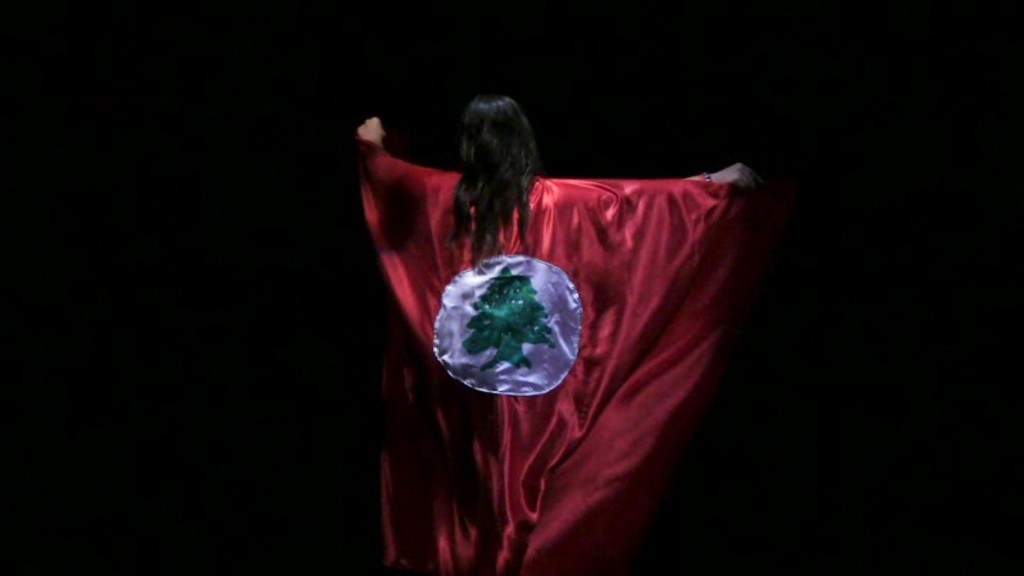 Art, culture, dance and politics blended seamlessly in Winnipeg on September 21, 2014, with the performance of Dancing Tragedies and Dreams, a production of the Canadian Palestinian Association of Manitoba,  at Prairie Theatre Exchange.

Dancing Tragedies and Dreams featured dances from Palestine, Lebanon, Syria and Egypt as well as an exciting performance of Poi dance from New Zealand, propelled by the music of El Funon Popular Dance Troupe of Palestine. Talk about fusion!

Eleven months in the making, Dancing Tragedies and Dreams was the brain child of Rana Abdulla and involved dozens of volunteers working evenings and weekends to bring it to fruition. In preparing this event, Rana’s dream was to bridge the divide between Western and Arabic worlds and to amplify the cry of Palestinians for peace, human rights and social justice.

Sixty-six years ago, the people of Palestine were forcibly driven from their homeland. Confined to parcels of land that are a fraction of their traditional territory and vilified by the the people who drove them out, their history shows some similarity to that of the indigenous people of this country.

Unlike the government of Israel, the government of Canada does not bomb indigenous people (in this country, anyway), but for decades in Canada, indigenous people needed permission from the local Indian Agent to leave their reserves, a parallel that would be immediately familiar to any resident of Gaza or the West Bank. And hence, at Dancing Tragedies and Dreams, Said Hamad, Palestine’s representative in Canada, referred to their “solidarity with the aboriginal people in Canada.”

Dancing Tragedies and Dreams makes a stunning contribution to this effort. It’s too bad that the performance was limited to one evening. Fortunately, my friend Ken Harasym and I recorded the evening. So, get comfortable for the next 90 minutes. Enjoy, and share widely, please.