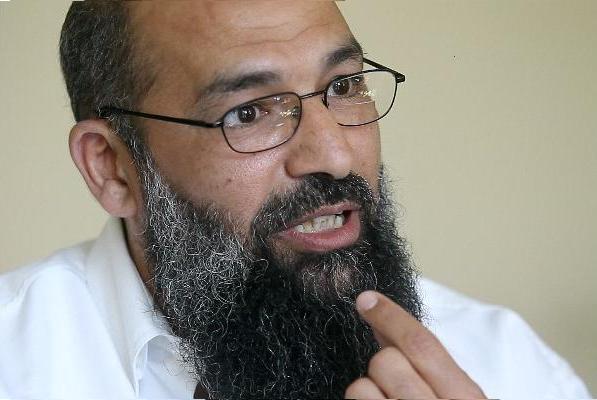 The dramatic saga of seized defence documents, illegal wire tappings, and unsealed rooms in the case against ‘security certificate’ detainee Mohammad Mahjoub took another turn Thursday last week when Justice Blanchard of the Federal Court of Canada ruled that though there had indeed been damage to the system of administration of justice, it was not enough to end the twelve-year persecution of Mr. Mahjoub.

Lawyers for Mr. Mahjoub are considering an appeal. “This is simply unheard of,” said Yavar Hameed. “The circumstances of this case and the prejudicial nature of documents seized distinguish this as perhaps one of the clearest and most damaging cases of document seizure in Canadian judicial history.”

But the law says intention should not matter. “The law is very clear,” said Hameed. “In cases where privileged and confidential documents have been seized such as this, the Government must provide clear, direct and complete information explaining who saw it, who had access to it, when and how. However, the response of the Government is woefully deficient. Therefore, the case must be stopped permanently – there can be no adequate half measure here.”

Mr. Mahjoub, a Torontonian father of two, has been living under a security certificate in Canada since June 2000. He spent eight years in prison, three of them in the Muslim-only Guantanamo North (the now closed Kingston Immigration Holding Centre). Despite being in jail or on house arrest for twelve years, he has never been charged. Since the Supreme Court threw out his first security certificate as unconstitutional in 2007, he has been in pre-trial detention. His case has been suspended since the government seized the defence documents last summer.

Central to Canadian Security Intelligence Service (CSIS)’s profiling case against Mr. Mahjoub is the fact that he was convicted by the Mubarak regime in the infamous “Returnees from Albania” trials. The summary conviction took place in absentia, after a matter of hours. The trials were internationally denounced for relying on information obtained under torture and for failure to meet the most minimal standards of fairness. Since the Mubarak regime fell, the case has been reopened in Egypt and already several of Mr. Mahjoub’s co-accused have been acquitted. CSIS has not made any allegations that Mr. Mahjoub has participated in any illegal or dangerous activities in Canada.

“I thought that this time finally justice would be served and that I would be freed,” said the 51-year old Mr. Mahjoub after hearing the decision on Thursday evening. “But it seems that in a Security Certificate trial the rules are completely different. Another year of my life gone, and who pays the price?”

Security certificate legislation has been on the books since the early 1980s. It allows the government to detain immigrants that match particular profiles without charge, indefinitely. Special hearings are held to determine whether the Certificate is “reasonable”. If upheld, the detainees are deported. Three men – Mohammad Mahjoub, Mahmoud Jaballah and Mohamed Harkat – are currently being held on Security Certificates.

Much of the case is secret and the reasonability hearings are often held in secret without detainees or their lawyers present. The process relies on a lower standard of evidence and lower standard of proof then in criminal trials. CSIS has admitted that the current cases would fall apart without the use of information obtained under torture. CSIS has also admitted destroying all the intercept evidence in the cases and systematically listening in to calls between lawyers and clients.

“This is a political case, not a legal one, intended to make Mr. Mahjoub and other detainees into pariahs who must be treated differently from all other people,” said the Justice for Mahjoub Network, a group of Mr. Mahjoub’s supporters.

“The security certificate cases are about keeping people on edge, fearing an attack from an unseen source, and thus willing to give up their liberties to a Big Brother government. And the Federal Court of Canada is going along with it.”

The Justice for Mahjoub Network is organizing a demonstration for Mr. Mahjoub titled ‘Justice Not Fear, Twelve Years Too Many’ on June 26th, the 12 year anniversary of Mr. Mahjoub’s arrest. Support actions will be held in other cities in Canada.