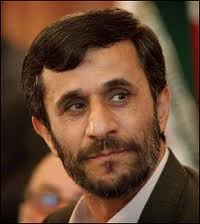 The inflammatory statement that Israel should be “wiped off the map” attributed to Iranian President Mahmoud Ahmadinejad “was never made” by him, a distinguished Canadian economist says. in a recently released book entitled: Towards A World War III Scenario: The Dangers of Nuclear War.

To begin with, says Professor Michel Chossudovsky of the University of Ottawa, the words were not those of Ahmadinejad when he uttered them on October 25, 2005.

Rather, he was quoting the late Ayatollah Khomeini, and the point of Khomeini’s thrust was not to wipe Israel, the nation, “off the map”, but to change the Israeli regime, which is far different. “The rumor was fabricated by the American media with a view to discrediting Iran’s head of state and providing a justification for waging an all-out war on Iran,” Chossudovsky writes.

Readers will recognize the word “rezhim-e” which translates into English as “regime” and will note that the word “Israel” does not appear in the quotation. What Ahmadinejad did use was the specific phrase “rezhim-e ishghalgar-e qods” which is a reference to “the regime occupying Jerusalem.” (For details, see analysis of Arash Norouzi)

As for wiping Israel “off the map,” the word “map” was never used, nor could it be as the Persian word for “map” is “nagsheh,” and it was not contained anywhere in Ahmadinejad’s speech. (Norouzi, op cit)

“Nor was the western phrase ‘wipe off’ ever mentioned,” Chossudovsky writes. “Yet we are led to believe that Iran’s President threatened ‘to wipe Israel off the map’ despite never having uttered the words ‘map,’ ‘wipe out’ or even ‘Israel.’”

The full Ahmadinejad quote translated directly into English is “The Imam (Khomeini) said this regime occupying Jerusalem must vanish from the page of time,” Chossudovsky writes.

The word for word translation is as follows:

The thrust of Ahmadinejad’s statement was a need for “regime change” in Israel, says Chossudovsky:  “Compare Ahmadinejad’s bland statement on ‘regime change’ with that of former Deputy Defense Secy. Paul Wolfowitz, who called for ‘ending states that sponsor terrorism.’ What Wolfowitz had in mind was the outright destruction of nation-states.”

“The alleged ‘wiped off the map’ statement has served not only to justify a pre-emptive attack against Iran but also to subdue and tame the antiwar movement.” It has succeeded in achieving this as in the U.S. “there are very few antiwar events focusing on U.S.-Israeli threats directed against Iran,” Chossudovsky writes. He adds:

“Iran is viewed by many within the antiwar movement as a potential aggressor. Its non-existent nuclear weapons are considered a threat to global security.”

The news article reporting the Iranian President’s speech was written by Nazila Fathi and appeared on Oct. 27, 2005 in The New York Times.  The lead sentence of that article was as follows:

“TEHRAN — Iran’s conservative new president, Mahmoud Ahmadinejad, said Wednesday that Israel must be ‘wiped off the map’ and that attacks by Palestinians would destroy it, the ISNA press agency reported.”

Chossudovsky lifts the veil of distortion concerning the Iranian leaders’ comments in his new book, Towards A World War III Scenario: The Dangers of Nuclear War (Global Research).

The author’s analysis focuses on how the “Wipe off the Map” statement has been used to portray Iran as a threat to Israel’s security, thereby justifying the formulation of a US-Israeli preemptive nuclear attack against the Islamic Republic.