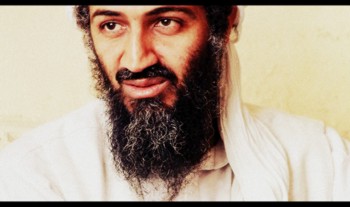 The “specter” of Al Qaeda in Africa: A Cover for Western Reconquest of the Continent

A British foreign policy think tank has this week released a study claiming that the terror group Al Qaeda is regrouping in Africa creating “an arc of instability” from the Western Sahel to the Eastern Horn.

“If correct [sic], this assessment would raise the worrying prospect of an arc of regional instability encompassing the whole Sahara-Sahel strip and extending through to East Africa, which the now weakened Al Qaeda-core could well exploit to regroup, reorganise and reinvigorate its terrorist campaign against the West,” the report said.

Meanwhile, in other media reports it is claimed that Al Qaeda elements are joining forces with the Tuareg separatists following a military coup in the West Africa country of Mali. The alleged involvement of Al Qaeda in Mali has been cited by former colonial power France in its pledge to crush the coup.

The purported Al Qaeda link in Mali appears incongruous. The Tuareg rebels – a nomadic group inhabiting northern Mali and Niger – were formerly fighting in Libya in support of the Gaddafi government against Western-backed insurgents. The Western-backed Libyan insurgents are known to have comprised Al Qaeda jihadists. Now it is being claimed by France and media reports that Al Qaeda are in league with their former enemies – the Tuareg – in the secession of the northern Mali territory.
What these various reports suggest is that Al Qaeda is being raised as a “spectre” over Africa to justify increased intervention by Western powers in that continent under the guise of “global security”.

The RUSI, with an old colonialist flourish, says Al Qaeda “appears to be adopting a strategy of ‘going native’, which implies seizing upon and exploiting local grievances with the ultimate aim of securing a stable foothold in volatile countries”.
Significantly, that scary thought allows the RUSI study to conclude: ““The focus of anti-jihadist counter-terrorism is shifting to Africa.”

In other words, the pretext of anti-jihadist counter-terrorism by Western powers is shifting to Africa.

But in point of fact, the Western counter-terrorism pretext is not shifting; it is more accurately being extended to Africa, as NATO is continuing its illegal occupation and wars in Afghanistan, Iraq and Pakistan.

This represents a strategic expansion of the global war agenda that the Pentagon and its Western allies have been pursuing in the Middle East and Central Asia incorporating a region for hegemonic control stretching from the Mediterranean to the Caspian – a region that compromises at least 60 per cent of the earth’s known oil and gas reserves.

The seven-month aerial bombing campaign of Libya by NATO during 2011 that led to the overthrow of the government in Tripoli can be seen as serving as a beach-head for the US-led powers in North Africa, and for their continued militarization across the East-West continental belt, from the Atlantic to the Indian Ocean.

Already, the Western powers are engaged in a new scramble for Africa that can be traced back to the setting up of the new US military command of AFRICOM under the George W Bush administration.

Since then, and especially under the Obama administration, there has been a scaling up low-intensity involvement of US, French and British forces in Ivory Coast, Central African Republic, Democratic Republic of Congo, Uganda and on the east in Somalia, Kenya and Djibouti.

American aerial drones and French naval forces have played a key role in supporting the Kenyan and Ethiopian army campaigns against Al Shabab militants in Somalia since October last year.

Other African countries where the Western powers are believed to be running clandestine Special Forces include Senegal, Sierra Leone, Nigeria and Sudan – all of them former British and French colonial possessions. There have also been claims of US staging violence in Nigeria to justify a state crackdown on popular protests against the government of President Goodluck Jonathan.

Africa’s undeveloped but vast natural resources of oil, metals, other minerals and agricultural potential is a bonanza that the stagnant capitalist powers cannot afford to miss out on, especially given China’s rise as a trading partner with many African states.
The irony is that while Western governments, their think-tanks and mainstream media mouthpieces may talk up “an Al Qaeda arc of instability across Africa”, the real source of instability and militarization from the continent’s West to East is stemming from the neocolonialism of Western powers. To this end, the “spectre” of Al Qaeda is serving as a convenient pretext to justify further imperialist encroachment.

Of course, the killer irony is that Al Qaeda is a global terror network created by the CIA, MI6 and Saudi Arabia to do the dirty work of Western powers, as Michel Chossudovsky, Peter Dale Scott and other writers have carefully documented.

The Al Qaeda brand has proven to be a lucrative “investment”.

From 9/11, Afghanistan, Iraq to Libya and currently Syria. And, now, the neocolonial reconquest of Africa. That’s what you call “return on money”.