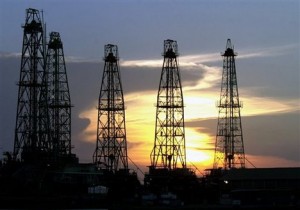 Welcome to an edgy world where a single incident at an energy “chokepoint” could set a region aflame, provoking bloody encounters, boosting oil prices, and putting the global economy at risk.  With energy demand on the rise and sources of supply dwindling, we are, in fact, entering a new epoch — the Geo-Energy Era — in which disputes over vital resources will dominate world affairs.  In 2012 and beyond, energy and conflict will be bound ever more tightly together, lending increasing importance to the key geographical flashpoints in our resource-constrained world.

Take the Strait of Hormuz, already making headlines and shaking energy markets as 2012 begins.  Connecting the Persian Gulf and the Indian Ocean, it lacks imposing geographical features like the Rock of Gibraltar or the Golden Gate Bridge.  In an energy-conscious world, however, it may possess greater strategic significance than any passageway on the planet.  Every day, according to the U.S. Department of Energy, tankers carrying some 17 million barrels of oil — representing 20% of the world’s daily supply — pass through this vital artery.

So last month, when a senior Iranian official threatened to block the strait in response to Washington’s tough new economic sanctions, oil prices instantly soared. While the U.S. military has vowed to keep the strait open, doubts about the safety of future oil shipments and worries about a potentially unending, nerve-jangling crisis involving Washington, Tehran, and Tel Aviv have energy experts predicting high oil prices for months to come, meaning further woes for a slowing global economy.

The Strait of Hormuz is, however, only one of several hot spots where energy, politics, and geography are likely to mix in dangerous ways in 2012 and beyond.  Keep your eye as well on the East and South China Seas, the Caspian Sea basin, and an energy-rich Arctic that is losing its sea ice.  In all of these places, countries are disputing control over the production and transportation of energy, and arguing about national boundaries and/or rights of passage.

In the years to come, the location of energy supplies and of energy supply routes — pipelines, oil ports, and tanker routes — will be pivotal landmarks on the global strategic map.  Key producing areas, like the Persian Gulf, will remain critically important, but so will oil chokepoints like the Strait of Hormuz and the Strait of Malacca (between the Indian Ocean and the South China Sea) and the “sea lines of communication,” or SLOCs (as naval strategists like to call them) connecting producing areas to overseas markets.  More and more, the major powers led by the United States, Russia, and China will restructure their militaries to fight in such locales.

You can already see this in the elaborate Defense Strategic Guidance document, “Sustaining U.S. Global Leadership,” unveiled at the Pentagon on January 5th by President Obama and Secretary of Defense Leon Panetta.  While envisioning a smaller Army and Marine Corps, it calls for increased emphasis on air and naval capabilities, especially those geared to the protection or control of international energy and trade networks.  Though it tepidly reaffirmed historic American ties to Europe and the Middle East, overwhelming emphasis was placed on bolstering U.S. power in “the arc extending from the Western Pacific and East Asia into the Indian Ocean and South Asia.”

In the new Geo-Energy Era, the control of energy and of its transport to market will lie at the heart of recurring global crises.  This year, keep your eyes on three energy hot spots in particular: the Strait of Hormuz, the South China Sea, and the Caspian Sea basin.