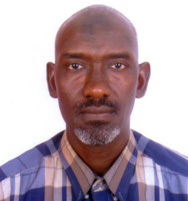 By the People’s Commission Network

“It is difficult to say just how happy I am to have received this decision at last. It’s like I’m dreaming: I have finally gotten back the freedom that was stolen from me,” said Mr. Abdelrazik, visibly moved by the recent events, to journalists and supporters at a press conference on Thursday morning. “I want to thank everyone, across Canada and around the world, who have supported me. It was a very long struggle, years, and together we have won, from Halifax to Vancouver. Thank you to everyone,” he added.

“We are so relieved that Abousfian has finally won this victory. Mr. Abdelrazik was added to the 1267 List in 2006 while he was in forced exile in Sudan and he has been fighting to be delisted ever since,” said Émilie Breton, member of Project Fly Home, a group that has supported Mr. Abdelrazik for more than three years and has opposed the 1267 sanctions regime. It is a new beginning for this man who has been through many trials.”

“It’s not surprising that many legal experts have referred to the 1267 regime as Kafka-esque. This kind of list should not exist. This sanctions regime is based on guilt by association and profiling and indefinitely imposes severe sanctions on individuals,” said Brian Aboud, another member of Project Fly Home.

Mr. Abdelrazik first applied to be delisted in 2007, after which he was cleared by the Canadian spy agency, CSIS, as well as the RCMP. However, his request was refused and no reasons were given for the refusal; just as he has never had access to the information used against him. Under pressure of mounting criticism of the 1267 regime, the UN named an ombudsperson mandated to examine delisting request. Mr. Abdelrazik submitted a new request to be delisted to this Ombudsperson in January 2011.

“Yesterday’s decision is the product of years of struggle by Mr. Abdelrazik and his supporters. However, this struggle is not over. Abousfian is trying to hold Canadian government officials accountable for their role in his imprisonment and torture in Sudan and for whatever role they played in placing him on the 1267 List in 2006. He is still in the process of rebuilding his life and his reputation.” added Mr. Aboud.

A constitutional challenge against the Canadian legislation which implements the 1267 regime in Canada is still underway, with the International Civil Liberties Monitoring Group and the BC Civil Liberties Association as co-applicants.

As Mr. Abdelrazik stated today, he is still in process of re-establishing a “normal life”, which he hopes to enjoy with his children here in Montreal. Having himself lived the direct consequences of this regime, he called for solidarity with those who are continuing to experience the unjust effects of such regimes, which violates their fundamental rights, their right to earn a living, the right to freedom and to justice.