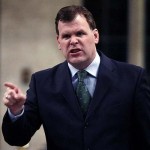 Canada’s newly elected Conservative majority government seems to be wasting no time in taking a tough stance on foreign policy, but Canada’s decision to boycott the Conference on Disarmament during the presidency of North Korea sets a troubling precedent for the already dysfunctional disarmament forum.

Foreign Affairs Minister John Baird said that Canada would not “engage” the conference during North Korea’s chairmanship, arguing that “with respect to disarmament, North Korea has been a rogue regime.”

That North Korea has earned its “rogue state” moniker is largely undisputed. Perhaps most notably, the reclusive regime unilaterally withdrew from the Nuclear Non-Proliferation Treaty (NPT) in 2003 following allegations of an illegal weapons program.

Yet Canada’s refusal to engage the disarmament conference with North Korea at the helm does little to address legitimate security concerns. It does, however, undermine the work of the premier multilateral disarmament forum in the world. It also chips away at Canada’s strong tradition of multilateral engagement on matters of international security.

If states start to pick and choose which rules of procedure they follow at the conference, the prospects for progress at this body — which is already troubled with the inability to reach consensus around a program of work — would be further undermined. Moreover, the door could be opened to further boycotts by other countries whenever the presidency is held by a perceived adversary.

The context of Canada’s announcement should be properly understood. CBC News reported that “the boycott is Canada’s way of protesting North Korea’s selection as conference chair.” This seems to imply that some sort or election process led to North Korea’s chairmanship.

This is not true. The presidency of the disarmament conference rotates among its members on a very straightforward basis: alphabetical order. Canada — and every other nation involved in or following the conference proceedings — has long known exactly when North Korea’s turn would come.

In short, the accession to the conference presidency is more a procedural matter than a reflection of any particular’s country’s disarmament record. By the same token, engaging in CD discussions does not imply an endorsement of whatever country happens to be holding the presidency.

Canada’s sudden boycott is more perplexing because it participated in preparatory meetings with North Korea and the other five conference presidents scheduled for 2011 to prepare the conference agenda for the year. In addition, outgoing Canadian ambassador and former conference president Marius Grinius openly congratulated his North Korean counterpart on assuming the presidency.