Deaths Revealed by Wikileaks Are the “Tip of the Iceberg” 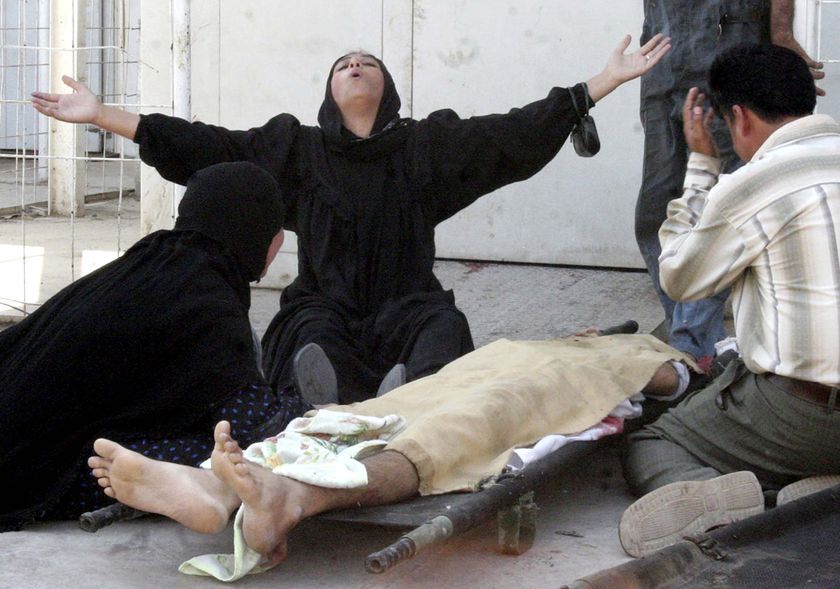 A woman and other relatives cry over the body of a man killed in Baquba in September 2006 (Reuters: Helmiy al-Azawi)

The documents on the U.S. War in Iraq published by Wikileaks contained data on 15,000 Iraqis killed in incidents that were previously unreported in the Western media or by the Iraqi Health Ministry, and therefore not counted in compilations of reported Iraqi war deaths by Iraqbodycount.org. The Western media are dutifully adding these 15,000 deaths to their so-called “estimates” of the total numbers of Iraqis killed in the war. This is deceptive. What the unreported deaths really demonstrate is that the passive methodology of these body counts is a woefully inadequate way to try and estimate the number of deaths in a war zone. These 15,000 deaths are only the tip of an iceberg of hundreds of thousands of unreported Iraqi deaths that have already been detected by more serious and scientific epidemiological studies, but the U.S. and British governments have successfully suppressed these studies by confusing the media and the public about their methods and accuracy.

There is nothing unusual about such large numbers of deaths being unreported in a war-zone. It bears out the experience of epidemiologists working in war-zones around the world that “passive reporting” of war deaths generally only captures between 5% and 20% of the total number of actual deaths. This is partly a result of the changed nature of modern war. About 86% of the people killed in the First World War were uniformed combatants, whose identities were meticulously recorded. 90% of the people killed in recent wars have been civilians, making counting and identifying them much more difficult.

I discussed the various efforts to count the dead in Iraq in my book, “Blood On Our Hands: the American Invasion and Destruction of Iraq”. What follows is a fairly lengthy excerpt from the book, and I urge you to read it if you really want to come to grips with the scale of the mass slaughter that our country has inflicted on the people of Iraq.

The documents published by Wikileaks show an extensive reliance on airpower – particularly after when General David Petraeus became the commander of US forces in Iraq.