Joya rejects the NATO coalition, Harper and the excuses for war 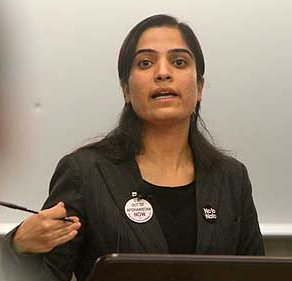 In the United States, many looked to the ballot box and hoped for real change when Barack Obama was elected President in 2008.

To be honest, I never expected that he would be any different for Afghanistan than President George W. Bush. The truth is that Obama’s war policies have turned out to be even more of a nightmare than most people expected. Obama talked a lot about hope and change, but for Afghanistan the only change has been for the worse.

After almost two years of Obama, the number of U.S. troops occupying Afghanistan has more than doubled. And the number of drone attacks in Pakistan has increased. Obama’s so-called surge of troops has resulted in increased Afghan civilian deaths.

The documents released by Wikileaks prove what we have been saying about war in Afghanistan. There are more massacres by NATO forces than they wanted us to believe. Now the whole world should know this war is a disaster.

← Why Canada lost its bid for a Security Council seat
Iraq war logs: secret files show how US ignored torture →