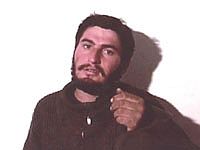 Last June, in the District Court in Washington D.C., a ruling was delivered on the habeas corpus petition of a Syrian prisoner in Guantánamo, Abdul Rahim al-Janko (also identified as Abdul Rahim al-Ginco), which exemplified all that was wrong with the Bush administration’s detention policies in the “War on Terror,” and which also dealt a deadly blow to any hopes that the Obama administration would deal robustly and skeptically with the disaster it had inherited.

From the beginning, there had been doubts about President Obama’s commitment to justice for the prisoners at Guantánamo. Instead of respecting the habeas corpus litigation initiated by the Supreme Court in June 2004, and revived, after unconstitutional interference from Congress, in June 2008, the President established an interagency Task Force to review all the Guantánamo cases, which, essentially, was a secretive, executive-led alternative to court review.

Even worse, however, was the hands-off approach that the President, and his Attorney General Eric Holder, brought to the ongoing habeas litigation. When Obama came to power, 23 Guantánamo prisoners had won their habeas corpus petitions, and just three had lost. This should have been a resounding indication that all was not right with the government’s cases, but instead of ordering a shake-up of the department responsible for sending lawyers to the District Court to be humiliated again and again in cases like those of the Uighurs (innocent Muslims from China’s oppressed Xinjiang province) or Mohammed El-Gharani, a former child prisoner held on the basis of information provided by witnesses that the government itself regarded as unreliable, Obama and Holder did absolutely nothing.