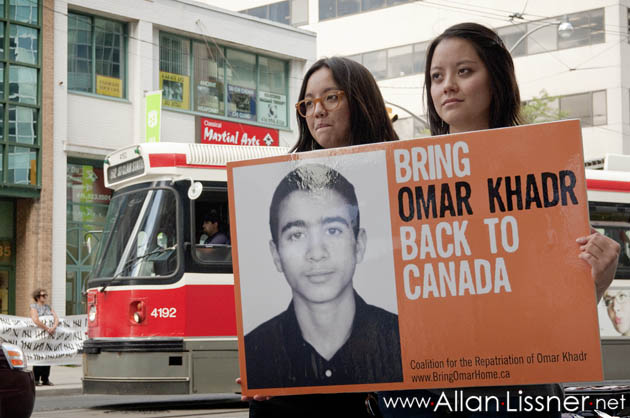 Torturing the Rule of Law at Obama’s Gitmo

President Obama may lack the nerve to stare down Liz Cheney or Bibi Netanyahu, but no one can deny that our commander in chief has the guts to take on a child soldier. Come October, a military commission in Guantánamo will try Omar Khadr, a Canadian national captured outside Kabul in 2002, when he was just 15 years old. This will be only the third Gitmo trial and the Obama administration’s first, and there won’t be anything kinder and gentler about it.

But give our government credit for breaking new ground: no nation has tried a child soldier for war crimes since World War II, and the decision to prosecute Khadr has drawn protests from UNICEF, headed by a former U.S. national security adviser, as well as every major human-rights group. The audacity doesn’t stop there: charges against Khadr include “murder in violation of the rules of war,” a newly minted war crime novel to the history of armed conflict. Battlefield deaths do not usually result in murder trials for prisoners of war. But according to the Department of Defense, Omar Khadr is no POW. He’s a non-uniformed, “unprivileged belligerent.” In the euphemistic lingo of Gitmo, Khadr is not even a prisoner, just a “detainee” who has been awaiting trial for the past eight years.

← For a federal Department of Peace
Israel’s Public Relations War →