On Friday, June 4, at the call of Peace Alliance Winnipeg, Independent Jewish Voices and the Canada Palestine Support Network (Winnipeg) about 150 people gathered at the corner of Broadway and Osborne at the height of rush hour to join in the worldwide condemnation of Israel’s blockade of Gaza and the killing of 9 peace activists bringing humanitarian aid to Gaza.

Besides placards the demonstrators carried the flags of Palestine as well as those of Ireland, Turkey and Greece countires who are active in supporting the efforts of peace activists to break the sea blockade. Also prominent was a banner which read: “End the Blockade! Enough is Enought! End Israeli Apartheid!” 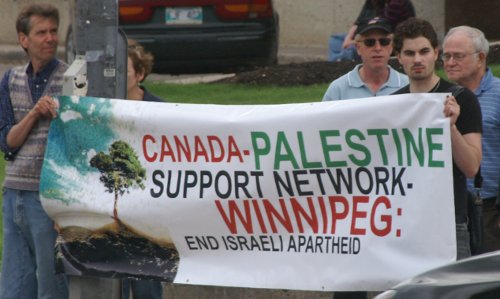 At the end of the action Howard Davidson, representing Independent Jewish Voices, thanked everyone for making the action a tremendous success. He called on those present to seize this important moment to escalate the efforts to support those who are working to break the blockade of Gaza as the world was now focused as never before on the plight of Gaza. 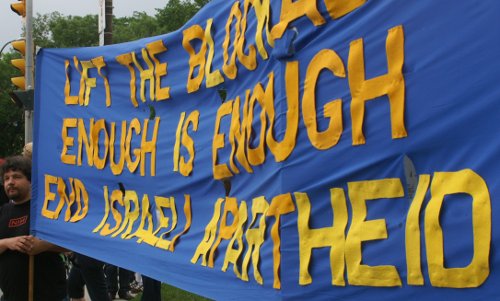