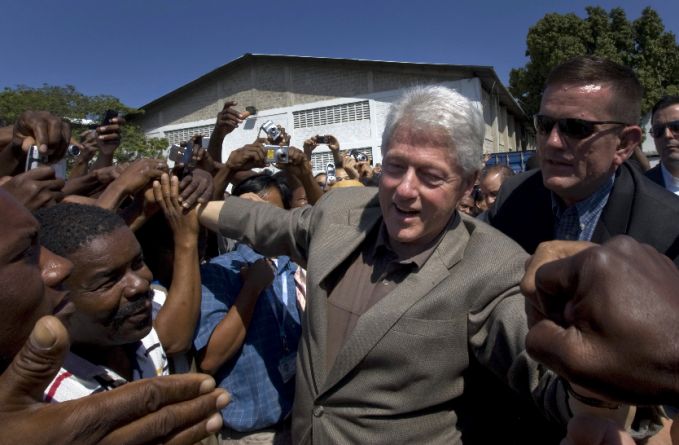 History is littered with treachery. In the noisome Slough of Dishonour are mired thousands of reputations, most of those who betrayed their own countries, like Pierre Laval, Vidkun Quisling, Jonas Savimbi and Augusto Pinochet.

The deepest pits, though, the most purulent sinks, are reserved for those who have ranged abroad to betray and sabotage strangers, to inflict unnecessary suffering on people who have never given them cause for complaint. People like Leopold of Belgium, Neville Chamberlain, Hitler, Ariel Sharon and George W Bush spring readily to mind. On Monday, former President Clinton announced that he would accept an invitation from the UN secretary general, Ban Ki Moon of South Korea, to become the SG’s personal envoy in Haiti. It is an appointment that will end in disaster. I mention Ban Ki Moon’s nationality because I believe that the disaster that already exists in Haiti is the result of a culture clash which is entirely incomprehensible to most people outside the Western hemisphere and not easily understood by most people outside the international crime scene that has been created in Haiti.