Death Looms for Inmates Amid Hunger Strikes and Beatings 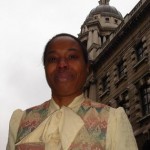 Lieutenant-Colonel Yvonne Bradley, an American military lawyer, will step through the grand entrance of the Foreign and Commonwealth Office in London today and demand the release of her client — a British resident who claims he was repeatedly tortured at the behest of US intelligence officials — from Guantanamo Bay. Bradley will also request the disclosure of 42 secret documents that allegedly chronicle not only how Binyam Mohamed was tortured, but may also corroborate claims that Britain was complicit in his treatment.

But first, Bradley, a US military attorney for 20 years, will reveal that Mohamed, 31, is dying in his Guantanamo cell and that conditions inside the Cuban prison camp have deteriorated badly since Barack Obama took office. Fifty of its 260 detainees are on hunger strike and, say witnesses, are being strapped to chairs and force-fed, with those who resist being beaten. At least 20 are described as being so unhealthy they are on a “critical list”, according to Bradley. 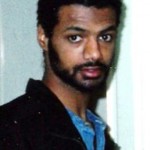 Mohamed, who is suffering dramatic weight loss after a month-long hunger strike, has told Bradley, 45, that he is “very scared” of being attacked by guards, after witnessing a savage beating for a detainee who refused to be strapped down and have a feeding tube forced into his mouth. It is the first account Bradley has personally received of a detainee being physically assaulted in Guantanamo.

Bradley recently met Mohamed in Camp Delta’s sparse visiting room and was shaken by his account of the state of affairs inside the notorious prison.

She said: “At least 50 people are on hunger strike, with 20 on the critical list, according to Binyam. The JTF [the Joint Task Force running Guantanamo] are not commenting because they do not want the public to know what is going on.

“Binyam has witnessed people being forcibly extracted from their cell. Swat teams in police gear come in and take the person out; if they resist, they are force-fed and then beaten. Binyam has seen this and has not witnessed this before. Guantanamo Bay is in the grip of a mass hunger strike and the numbers are growing; things are worsening.

“It is so bad that there are not enough chairs to strap them down and force-feed them for a two- or three-hour period to digest food through a feeding tube. Because there are not enough chairs the guards are having to force-feed them in shifts. After Binyam saw a nearby inmate being beaten it scared him and he decided he was not going to resist. He thought, ‘I don’t want to be beat, injured or killed.’ Given his health situation, one good blow could be fatal,” said Bradley.

“Binyam is continuing to lose weight and he is going to get worse. He has been told he is about to be released, but psychologically and physically he is declining.”