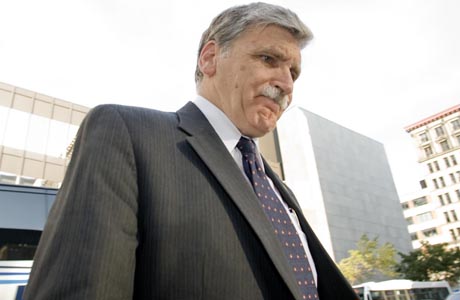 WASHINGTON — Senator Romeo Dallaire and several human rights activists were in Washington on Monday calling on president-elect Barack Obama to stop the upcoming trial of Omar Khadr in Guantanamo Bay.

The trial of the 22-year-old Canadian, accused of killing a U.S. serviceman in Afghanistan in 2002, is set to begin Jan. 26, less than a week after Obama’s inauguration and is one of the first issues relating to Guantanamo that the new American president will face.

In an interview with the CBC on Monday morning, Dallaire said he has exhausted his efforts in Canada to have the Canadian government ask for Khadr’s return and that raising the issue with the new American administration may be more successful.

Dallaire said the Senate, the House of Commons foreign affairs committee and the three opposition parties all support bringing Khadr back to Canada to face judicial proceedings, but that Prime Minister Stephen Harper has made a “political decision” not to seek his return from American authorities.

Dallaire said he has written to Obama asking him to raise the issue with Harper and that there have been talks with the president-elect’s staff.