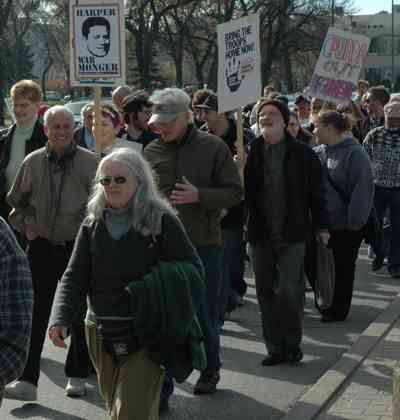 Winnipeggers joined thousands of Canadians across the country in a day of protest against Canada’s war in Afghanistan, Oct. 18.

The Winnipeg action began with a rally at Vimy Ridge Park, followed by a march along Portage Avenue to the University of Winnipeg. At the University, participants attended a forum entitled “Canada after Bush: What’s at stake?” and listened to an address by Steven Staples, president of the Ottawa-based Rideau Institute on International Affairs. His speech was followed by a lively discussion. 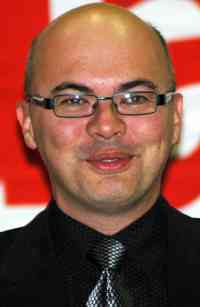 In his remarks, Staples compared the programs of US presidential candidates Barack Obama and John McCain and explored the implications of their campaign platforms for Canada in areas related to trade and the environment, climate change strategies, energy security, border issues and national security and foreign policy, especially as it pertains to Canada’s involvement in Afghanistan.

Staples expressed grave fears regarding Obama’s plans for Afghanistan and the implications for Canada.

“This Obama policy of shifting thousands of troops from Iraq to Afghanistan is probably the most worrisome for us in the short term. For all of the positive changes that an Obama presidency could bring, this would be a huge mistake. By simply pumping in thousands of US troops to contribute to the same counterinsurgency strategy in Afghanistan that they have been following all this time, Obama will only make matters worse. And that’s not all; he will try to pull other countries down with him in Afghanistan. The US will seek greater allied contributions to the war. Already – I don’t know if you saw it on CBC the other night: a senior adviser to the Obama campaign told the interviewer that he will be looking for more support from Canada. And remember, we’ve committed to another three years of fighting, to December 2011.”

Here is an audio excerpt of his speech on the topic of Afghanistan: Steven Staples on Afghanistan. (Hint: To listen to streaming audio, click on the red arrow.)

Staples reviewed recent statements by high ranking military officers to the effect that the war in Afghanistan is unwinnable. Even Ottawa seems to have gotten the message, though you wouldn’t know it by Prime Minister Harper’s commitment to continue the fight for the next three years. According to Staples:

I have heard that there are memos being produced inside the Canadian government today that are saying that the [Afghan] war has already been lost.

Staples observed that 91 or the 97 Canadian soldiers killed to date have lost their lives in the last 30 months. With 40 months left in Canada’s commitment, and clear signs that the insurgents have grown stronger and more aggressive, many more Canadians will die needlessly by 2011, unless we bring our troops home soon. 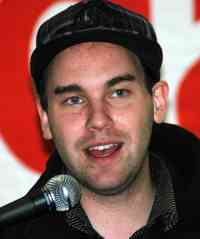 The rally, march and forum (co-sponsored by the Canadian Federation of Students) was a positive contribution to the cross Canada campaign against this war. A contingent from the CFS, which was holding a weekend long workshop for student activists, injected a generous dose of life and enthusiasm into the action.

In his introductory remarks to the forum, CFS spokeperson David Jacks (left) said:

Peace is everyone’s business, and the message from the Canadian Federation of Students is one we need to communicate far and wide as we work to end this senseless war.