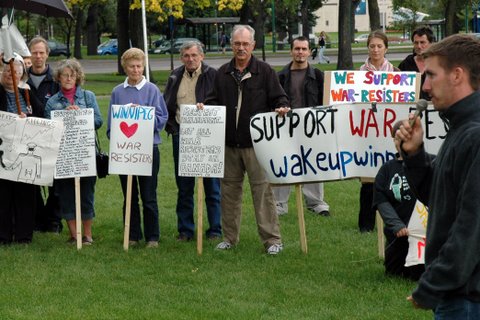 War resister Phil McDowell speaking with some of the 80 people who attended the Memorial Park rally in support of American war resisters in Winnipeg, September 13, 2008.

About 80 people rallied in Winnipeg’s Memorial Park today in support of a pan-Canadian Day of Action to stop the deportation of American war resisters. Speakers included Phil McDowell, 28, who served for a year in Iraq in the US Army, from Feb. 2004 to Feb. 2005, and Professor Howard Davidson, a American who refused to fight in the Vietnam war. 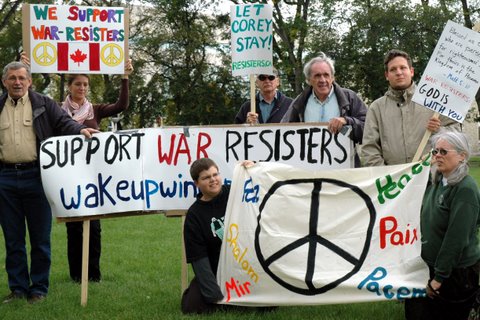 Some of the Winnipeggers who rallied in support of American war resisters on Sept. 13, 2008 in Memorial Park. 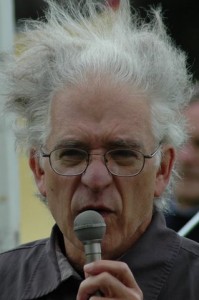 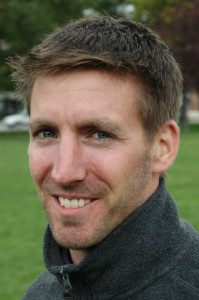 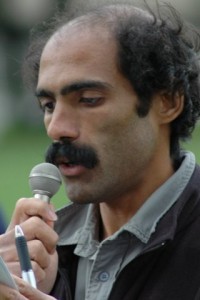 Howard Davidson underlined the importance of the resistance of soldiers to war, stating that their refusal to serve weakens the ability of imperialists to wage war.

Michael Welch warned of reported plans to convert Memorial Park into a military theme park. For generations of Winnipeggers who have regarded Memorial Park as a location for peace rallies, this would be a travesty. Peace Alliance Winnipeg is trying to get more information on this issue. So far, all we have is a Winnipeg Free Press article on the topic, but we’ll let you know what we find out. In the meantime, if you know anything about this, please drop us a line at peacenews (at) mts (dot) net.

Today’s rally was sponsored by Peace Alliance Winnipeg, Project Peacemakers and Citizens Concerned about Deep Integration. It was one of at least 19 rallies held across Canada to insist that the federal government halt the deportation of war resisters from Canada.

The next war resister scheduled for deportation is Jeremy Hinzman. Hinzman (left) moved to Canada in early 2004 to avoid military service in what he believes is an unjust, unlawful war. His application for refugee status was rejected and he is scheduled to leave the country on September 23. Organizers fear Hinzman will face a fate similar to that of war resister Robin Long who was deported from Canada earlier this year and subsequently court-martialed and sentenced to 15 months in prison.

There’s an election on — maybe this time she will listen. 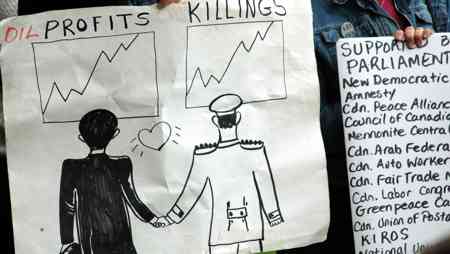 “Why we fight!” Photos: Paul Graham

← Afghans will dig up graves to prove civilian deaths
What would Jesus think? →