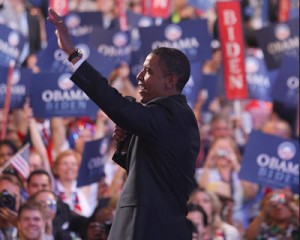 The Democrats endorse the “Global War on Terrorism”: Obama “goes after” Osama

Barack Obama has embraced the “Global War on Terrorism” (GWOT).

The Obama-Biden campaign has endorsed the very foundations of the Bush administration’s foreign policy agenda: “Go after Osama bin Laden, “take him out”.

The rhetoric is softer but the substance is almost identical . . . The Democrats have endorsed the “Big Lie”. Bin Laden is upheld as the “outside enemy” who threatens the American Homeland. The fact that bin Laden is a US sponsored intelligence asset, created and sustained by the CIA, is never mentioned.