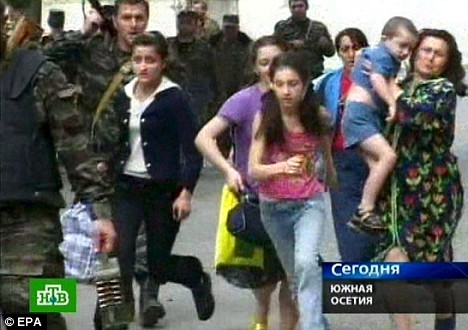 War in the Caucasus: Towards a Broader Russia-US Military Confrontation?

During the night of August 7, coinciding with the opening ceremony of the Beijing Olympics, Georgia’s president Saakashvili ordered an all-out military attack on Tskhinvali, the capital of South Ossetia.

The aerial bombardments and ground attacks were largely directed against civilian targets including residential areas, hospitals and the university. The provincial capital Tskhinvali was destroyed. The attacks resulted in some 1500 civilian deaths, according to both Russian and Western sources.  “The air and artillery bombardment left the provincial capital without water, food, electricity and gas. Horrified civilians crawled out of the basements into the streets as fighting eased, looking for supplies.” (AP, August 9, 2008). According to reports, some 34,000 people from South Ossetia have fled to Russia. (Deseret Morning News, Salt Lake City, August 10, 2008)

The importance and timing of this military operation must be carefully analyzed. It has far-reaching implications.

Georgia is an outpost of US and NATO forces, on the immediate border of the Russian Federation and within proximity of the Middle East Central Asian war theater. South Ossetia is also at the crossroads of strategic oil and gas pipeline routes.

Georgia does not act militarily without the assent of Washington. The Georgian head of State is a US proxy and Georgia is a de facto US protectorate.

Who is behind this military agenda? What interests are being served? What is the purpose of the military operation.

There is evidence that the attacks were carefully coordinated by the US military and NATO.

What do we know about the Georgia-Russia Conflict?

So here are some random, and not so random, observations and quotes that I think might give us all something to ponder. 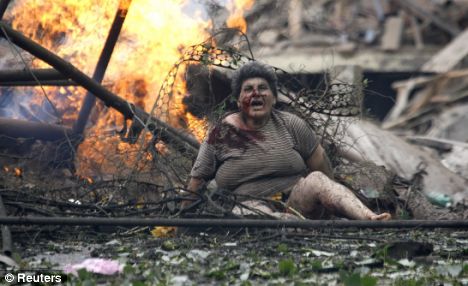 An injured Georgian woman shouts in the town of Gori, 80 km from Tbilisi.