Mourn on the 4th of July 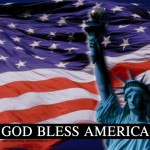 The monsoon had woven thick skeins of mist over the central highlands of Vietnam. I was a young war correspondent, bivouacked in the village of Tuylon with a unit of US marines whose orders were to win hearts and minds. “We are here not to kill,” said the sergeant, “we are here to impart the American Way of Liberty as stated in the Pacification Handbook. This is designed to win the hearts and minds of folks, as stated on page 86.”

Page 86 was headed WHAM. The sergeant’s unit was called a combined action company, which meant, he explained, “we attack these folks on Mondays and we win their hearts and minds on Tuesdays”. He was joking, though not quite.

Standing in a jeep on the edge of a paddy, he had announced through a loudhailer: “Come on out, everybody. We got rice and candy and toothbrushes to give you.”

Silence. Not a shadow moved.

“Now listen, either you gooks come on out from wherever you are, or we’re going to come right in there and get you!”

The people of Tuylon finally came out and stood in line to receive packets of Uncle Ben’s Long Grain Rice, Hershey bars, party balloons and several thousand toothbrushes. Three portable, battery-operated, yellow flush lavatories were kept for the colonel’s arrival. And when the colonel arrived that evening, the district chief was summoned and the yellow flush lavatories were unveiled.

“Mr District Chief and all you folks out there,” said the colonel, “what these gifts represent is more than the sum of their parts. They carry the spirit of America. Ladies and gentlemen, there’s no place on earth like America. It’s a guiding light for me, and for you. You see, back home, we count ourselves as real lucky having the greatest democracy the world has ever known, and we want you good folks to share in our good fortune.”

Thomas Jefferson, George Washington and Davy Crockett got a mention. “Beacon” was a favourite, and as he evoked John Winthrop’s “city upon a hill”, the marines clapped, and the children clapped, understanding not a word.

It was a lesson in what historians call “exceptionalism”, the notion that the United States has the divine right to bring what it describes as liberty and democracy to the rest of humanity. That this merely disguised a system of domination, which Martin Luther King described, shortly before his assassination, as “the greatest purveyor of violence in the world”, was unspeakable.